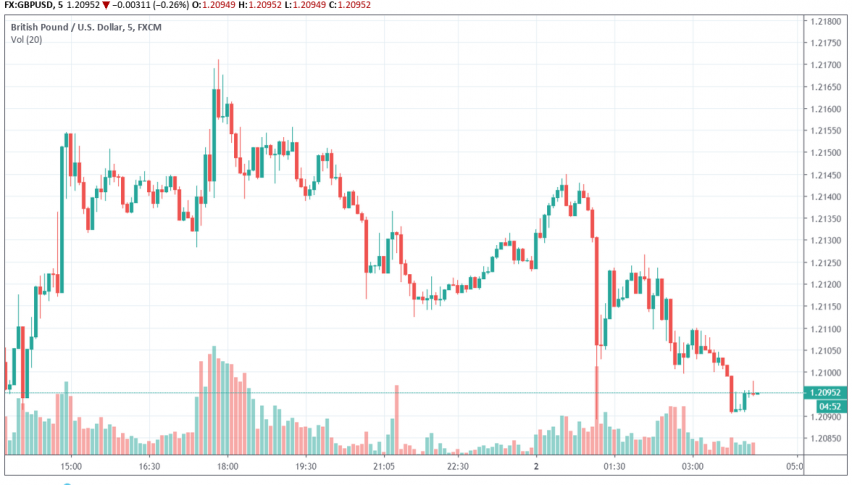 Although the re-escalation of the trade conflict between US and China remains in the spotlight for now, let’s shift our focus towards Brexit for a bit. Early on Friday, there appears to be no relief for the Pound as GBP/USD continues its bearish run and trades below the 1.21 level.

At the time of writing, GBP/USD is trading at around 1.209, slightly above a 30-month low, after the BOE cuts growth forecasts for the British economy. What makes matters worse is the ongoing fears of a no-deal Brexit that continue to dominate the market sentiment in the UK.

Add to that these latest revised estimates for economic growth in the UK by the Bank of England, which incidentally, still does not take into account the possibility of Britain’s departure from the EU without a deal. As a hard Brexit becomes more likely, it’s evident that economic growth will be hit even harder, possibly even sending the British economy into a recession.

Buying the Retreat in GBP/USD After the Jump in US Inflation, As the 20 SMA Holds
24 hours ago