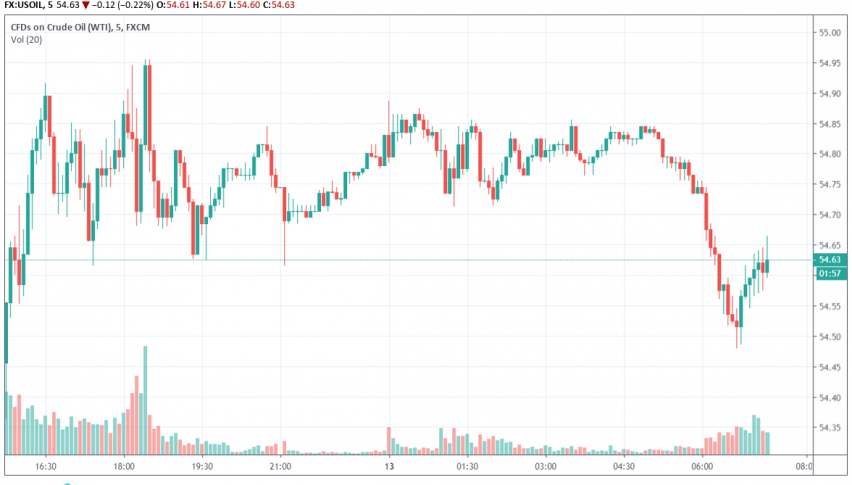 Crude Oil Back to Bearish After Slight Gain on Monday

After having recovered slightly during Monday’s session, WTI crude oil prices fell lower on Tuesday over concerns that demand was slowing down. At the time of writing, WTI crude oil is trading at around $54.63 per barrel.

Late last week, Saudi Arabia and other OPEC members were considering plans to curb production to support falling oil prices amid weakening demand. Saudi Arabia, one of the leading oil producers in the world, is planning to restrict crude oil exports to less than 7 million bpd for the months of August and September to reduce crude inventories.

Crude oil is facing downward pressure over rising trade tensions between US and China, and weakening of global economy, which could depress demand for oil. In addition, crude oil remains bearish due to a rise in US shale output. According to EIA estimates, US oil output from seven leading shale formations could increase by 85,000 bpd in September, to touch a record high of 8.77 million bpd. An increase in oil supply when demand is facing a potential slowdown can cause oil prices to experience a higher level of bearishness.