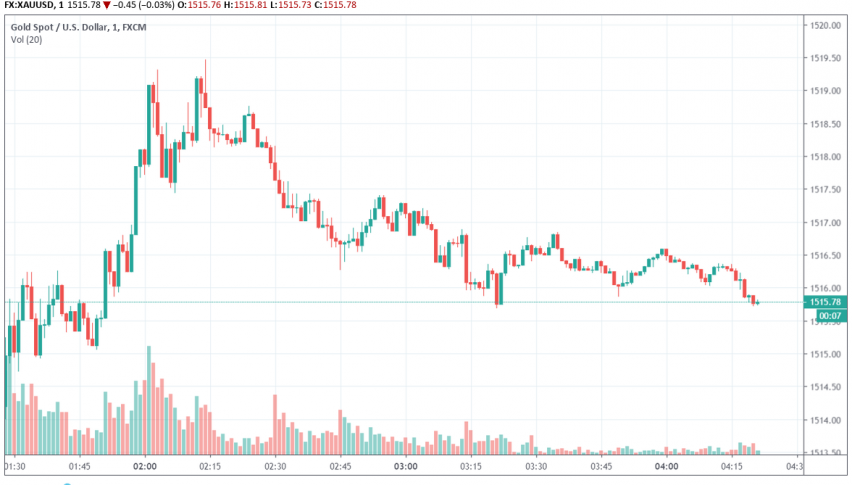 Gold prices are trading lower early on Monday over optimism in global markets following the trade talks between US and China last week. At the time of writing, GOLD is trading at a little above $1,515.

According to the most recent comments from the US Trade Representative’s office, the trade talks between the Deputy-level teams was “productive”, and this has given markets a boost in hopes of a trade deal and possible resolution of the trade war. China’s Commerce Ministry has also termed the discussions “constructive”.