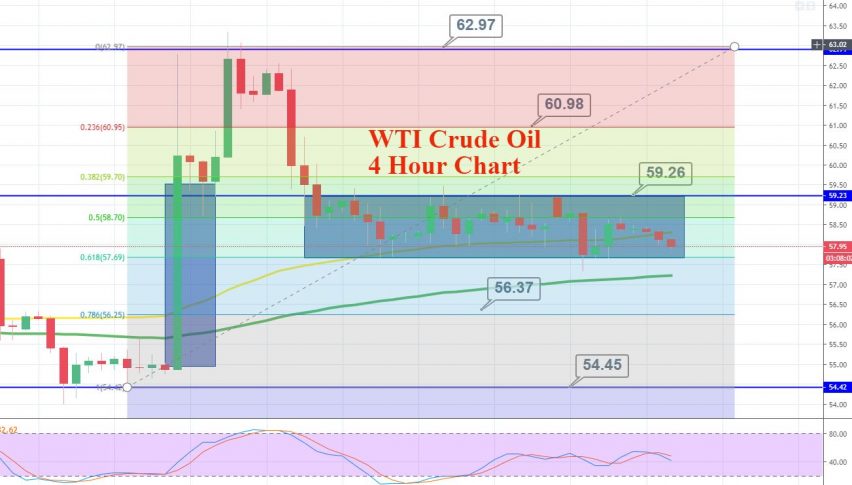 WTI crude oil prices are tossing between the red and green zone, after the weak manufacturing data from Europe hiked concerns of a global economic slowdown. However, the continued uncertainty over Saudi Arabia supply interruption is extending support to crude oil. WTI crude oil is trading at 57.96, down -0.29% for the day.

The WTI crude oil prices are still trading at high levels for the year after the drone attacks on Saudi Arabia’s largest crude oil production area, and as we know, they are the top oil exporters in the world.

It should also be noted that Saudi Arabia has recovered more than 75% of crude oil stocks which were destroyed in the recent drone attack, and most probably they will recover fully next week. However, the comment came from Saudi officials that the recent loss could take more time against the estimated period hit the stock market.

According to estimates, the crude inventories fell 800K barrels in the week to September 20.

WTI crude oil prices are supported above 57.75 area and the violation of this level can bring further sellers until 56.50 level. On the lower side, a continuation of bearish bias can send oil prices deeper towards 56.35 zones. The RSI and Stochastics are holding at 32 and 42, signaling a bearish bias. 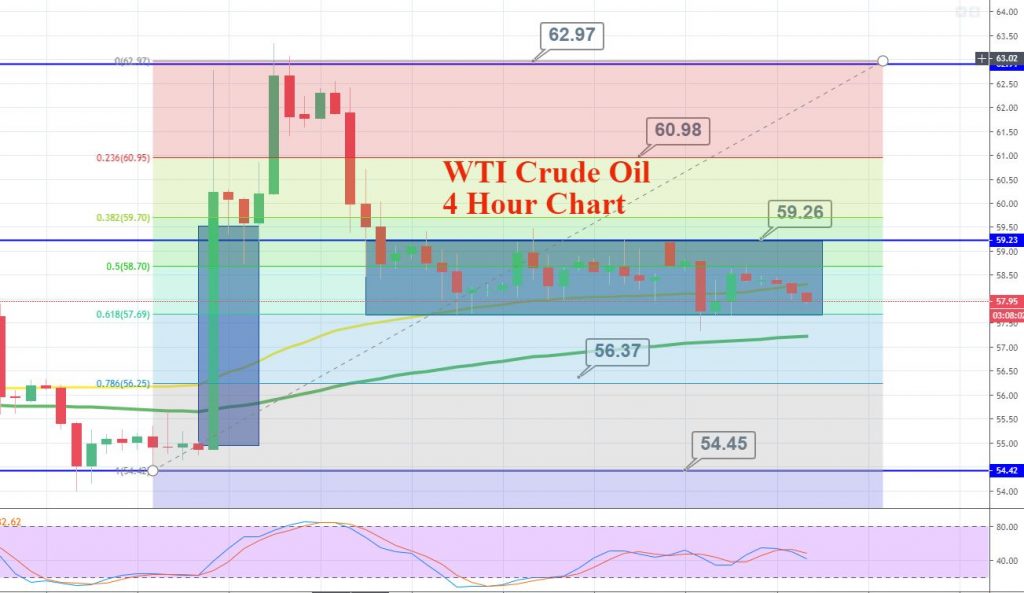