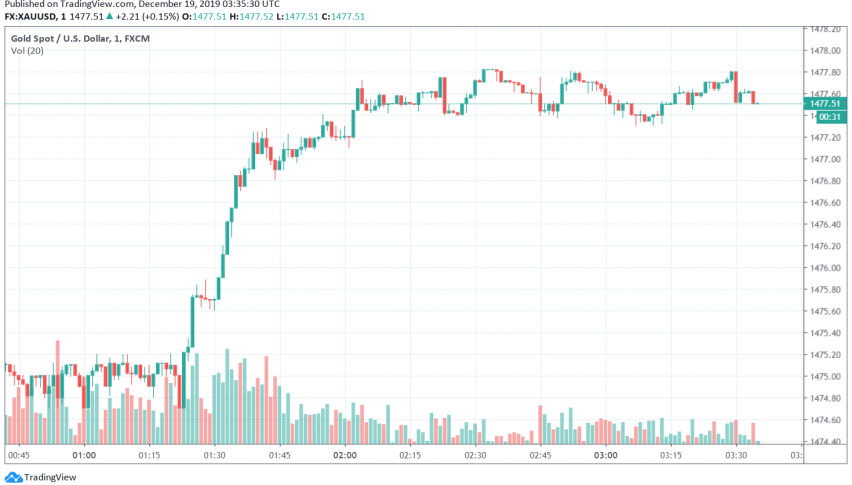 Gold Gains as House of Representatives Votes to Impeach Trump

Early on Thursday, gold prices are gaining strength over the US House of Representatives’ vote to impeach President Donald Trump, heightening uncertainty in markets and raising the safe haven appeal. At the time of writing, GOLD is trading at a little above $1,477.

Trump is set to become the third American president to be impeached, starting with a trial in the Senate which would decide his conviction and possible removal from office. As a result of the heightened political uncertainty in the US, the dollar weakened while the safe haven appeal of gold increased, driving further bullishness in the precious metal.

Gold, however, remains under some pressure after Fed policymakers expressed optimism about the health of the US economy and signaled a pause in interest rate changes for some time to come. The yellow metal has also been driven lower over the past few days by an improvement in the market sentiment over rising hopes for a phase one trade deal to be signed soon between the US and China.