Industrial Production Cools Off in Europe Too

The economic data from the Eurozone in the last few months has shown increased weakness, as the economy cools off again after the reopening bounce. Services have fallen into contraction, despite the slight upward revision we saw yesterday, while other aspects of the economy, such as inflation and business sentiment, have deteriorated again. Today’s industrial production report confirms further cooling down, as production came in at 0.7% in August, from 5% in July.

Euro area factory output continued to highlight an improvement in Q3, but the pace of recovery is losing some steam after the August bounce, which, although it was expected, was not very robust. That said, manufacturing PMI data for September provided some indication that the industrial sector was still holding up towards the end of Q3, but amid ongoing virus concerns, it remains to be seen how things will progress as we move towards the year-end. Below is the detailed report. 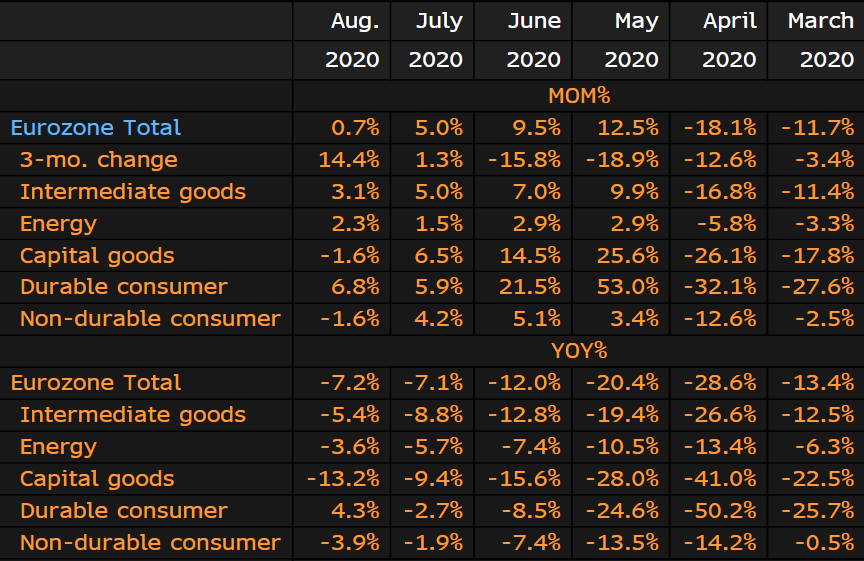 Skerdian Meta // Lead Analyst
Skerdian Meta Lead Analyst. Skerdian is a professional Forex trader and a market analyst. He has been actively engaged in market analysis for the past 11 years. Before becoming our head analyst, Skerdian served as a trader and market analyst in Saxo Bank's local branch, Aksioner. Skerdian specialized in experimenting with developing models and hands-on trading. Skerdian has a masters degree in finance and investment.
Related Articles
Weekly Outlook, Apr 19 - 23, 2021: Top Economic Events to Watch This Week
The broad-based U.S. dollar will end this week on the bullish track as market investors have preferred the safe-haven assets in the wake...
5 hours ago