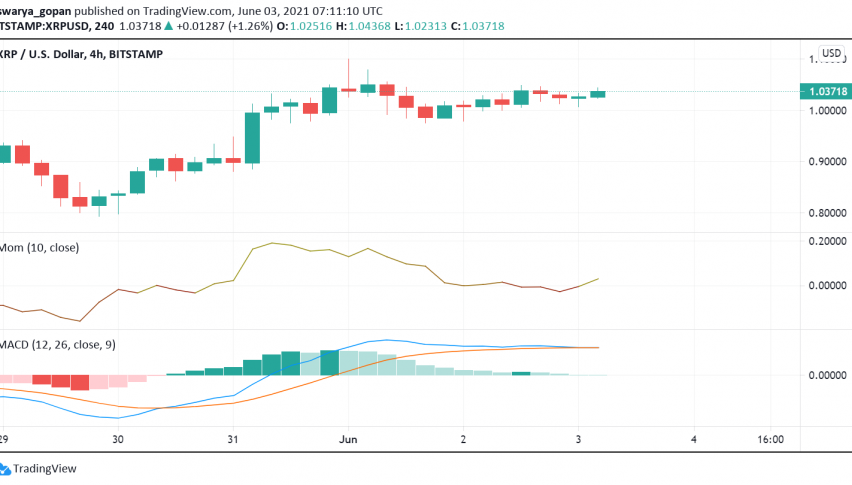 Word on the street is that Ripple could be looking at a bit of a victory in its ongoing lawsuit with the SEC – a positive development that could potentially trigger a bullish momentum in XRP in the coming sessions. Ever since the judge ruled against the SEC’s request to access past legal communication the company has had regarding the security status of XRP.

After the judge ruled that such matters of communication are protected by attorney-client privilege, the SEC appears to have lost its standing and the odds have tilted in Ripple’s favor, supporting its defense of ‘fair notice’. According to observations by attorney Jeremy Hogan – partner at Hogan and Hogan, there is a high likelihood that this lawsuit will be resolved as settlement and may not reach the trial stage – a positive move as far as Ripple is concerned as it could take some of the edge off the downside risks on XRP and support its upward climb.

In addition, XRP is also enjoying support from CNBC featuring Ripple among its Disruptor 50 list earlier this week. Ripple, a promising fintech startup, was featured in 38th position of the list and a day after, its CEO Brad Garglinghouse was invited for an interview on CNBC’s Squawk Box, giving the company and the digital asset some much needed positive press coverage.

In the interview, Garlinghouse remarked, “The way Ripple uses these technologies, as you introduced, is we can make cross-border payments, which are slow and expensive today, we can make them real-time, very efficient, very low-cost, and that’s good for the global economy. We can unlock trillions of dollars kind of trapped capital to make the economy more efficient, and so blockchain technology is going be applied in a lot of really constructive ways. It’s reducing friction, whether that be transaction cost, transaction speed…“

At the time of writing, XRP/USD is trading at around $1.03, managing to hold above the key $1 level. On the 4-hour price chart, smaller time-frame moving averages as well as leading technical indicators MACD and momentum are signaling a bullish bias, in keeping with the fundamental developments.

Going forward, the immediate level of interest sits just above the $1.10 level where buyers could encounter some resistance. A break past this level should be able to take Ripple’s XRP all the way past the $1.20 level in the near-term.