Forex Signals Brief for Jul 30: Is an XRP Settlement Close?

Cryptos Are On The March As The USD Fades.

Markets might have been ticking back towards record high levels yesterday, but once again the focus remains on the crypto sector and in particular XRP.

Over the past few days, Ripple’s XRP has been a clear outperformer and it has many speculating that there are a few things happening behind the scenes. Of most note yesterday, Attorney Jeremy Hogan, who has followed the SEC’s lawsuit against Ripple closely, believes there is some chance a settlement is potentially coming sooner rather than later. This has likely contributed to XRP pushing back to the $0.75 level.

We’ve also heard speculation that Coinbase is about to relist XRP and also that it is going live in some form. Once again, this is speculation at this point, but still, XRP is performing strongly at the moment and the chart looks bullish.

Elsewhere, we’ve started to see the USD soften and this is boosting the majors. At the same time, GOLD has jumped as well while SILVER appears to have found a short-term bottom.

Most of the focus today will be in Europe with German GDP and eurozone inflation of most note. Later in the session, we’ll get Canadian GDP to round out the trading week.

The FX Leaders Team hit 1 winner from 3 trades, as the Greenback dropped away over the past 24 hours.

XRP jumped to the $0.75 level yesterday, before pulling back and holding $0.70 very clearly. As mentioned, the chart actually looks extremely bullish. We remain long here in the hope of a breakout.

The AUD/USD has seen some upside thanks to the soft USD, but the 0.7400 level is holding firm. We remain short. 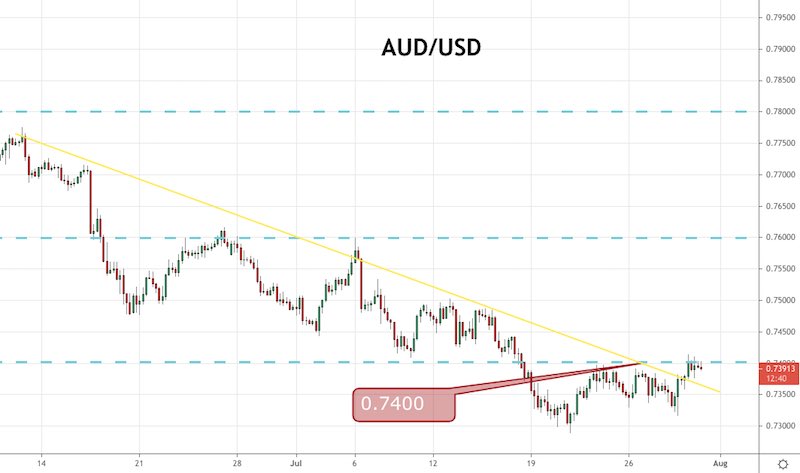 BTC is still trying to climb above the $40,000 level and we are starting to see price really coiling here.

This has all the hallmarks of a big move waiting to happen, but at this stage, price remains under that key level and hasn’t really looked like holding. 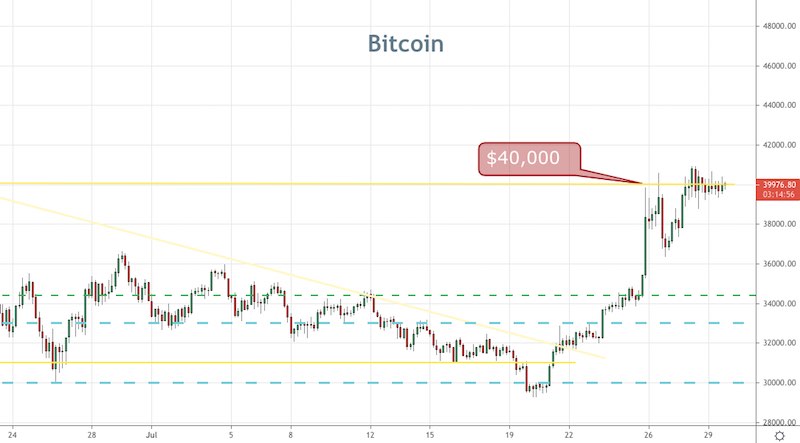 XRP Breaks Above $0.40, as Ripple Pushes Against SEC
2 weeks ago

Forex Signals Brief for May 4: US FOMC & Fed Fund Rate in Highlights
5 months ago