Britain Used To Be Such A Prosperous Place Before Brexit

After the Brexit referendum, we saw some horrible economic data from the UK. The fear factor definitely played a part during that flash economic collapse. But, a long time ago things used to be different. Britain used to be a prosperous country before Brexit.

The GDP numbers for the second quarter were released a while ago and they show the great shape the UK economy was until July. The same as the US GDP yesterday, the final UK GDP estimate was revised higher to 0.7% from 0.6% previously. Every component of the GDP beat the expectations, apart from exports which declined.

The business investment jumped by 1%, the imports grew by 1.3% and the index of services beat the expectations by 0.3%.

These numbers would normally boost the GBP if we were in normal times, but (1) the normal times came to an end when Brits voted to get out of the EU, and (2) this is the last day of the third quarter which makes the Q2 data ancient history. 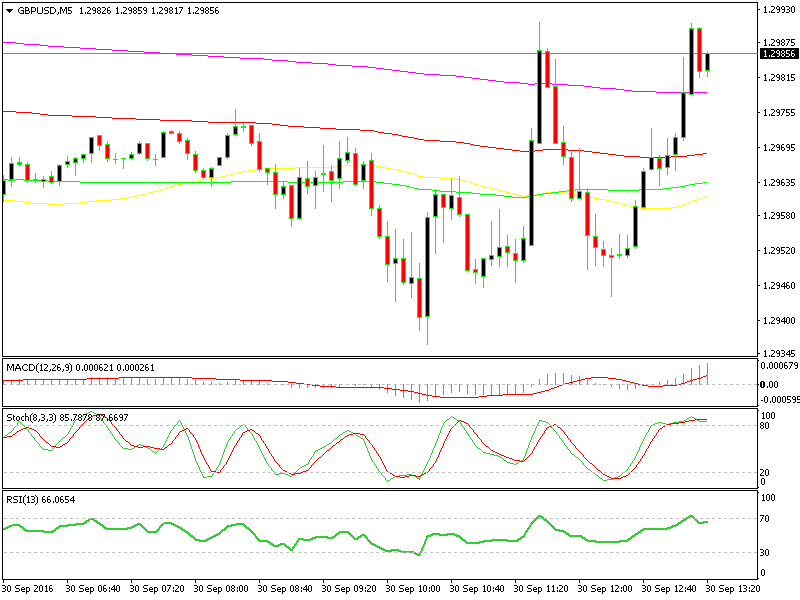 At least, it clearly paints the pre-Brexit picture. It shows that the UK economy used to be just fine before the prank that went too far. Now, Brexit had a negative impact in the UK economy and the downward revision in the yearly GDP number shows the shape of the economy since the end of Q2.