Gold Completes 50% Retracement – Are you ready for Entry? - Forex News by FX Leaders

Gold Completes 50% Retracement – Are you ready for Entry?

As I mentioned in my earlier update, the gold remained below $1296 and hit our target of $1270 this morning, disregarding the geopolitical tensions between North Korea & the United States. Now, we may encounter another round of volatility during the US session. Let's look into why…

As of now, the gold is trading slightly bearish above $1270 for two reasons, one is related to fundamentals & the other one is technical.

North Korea’s leader received a report from his army on its plans to fire missiles towards Guam. He said he will watch the actions of the United States for a while longer before making a decision. Read more about it here.

On the other hand, the gold failed to break above the solid resistance level at $1290, just below the double top level of $1295. On the daily chart, we can see the close up of Monday's candle. It's a sort of bearish marubozu candlestick pattern, signifying a bearish reversal. 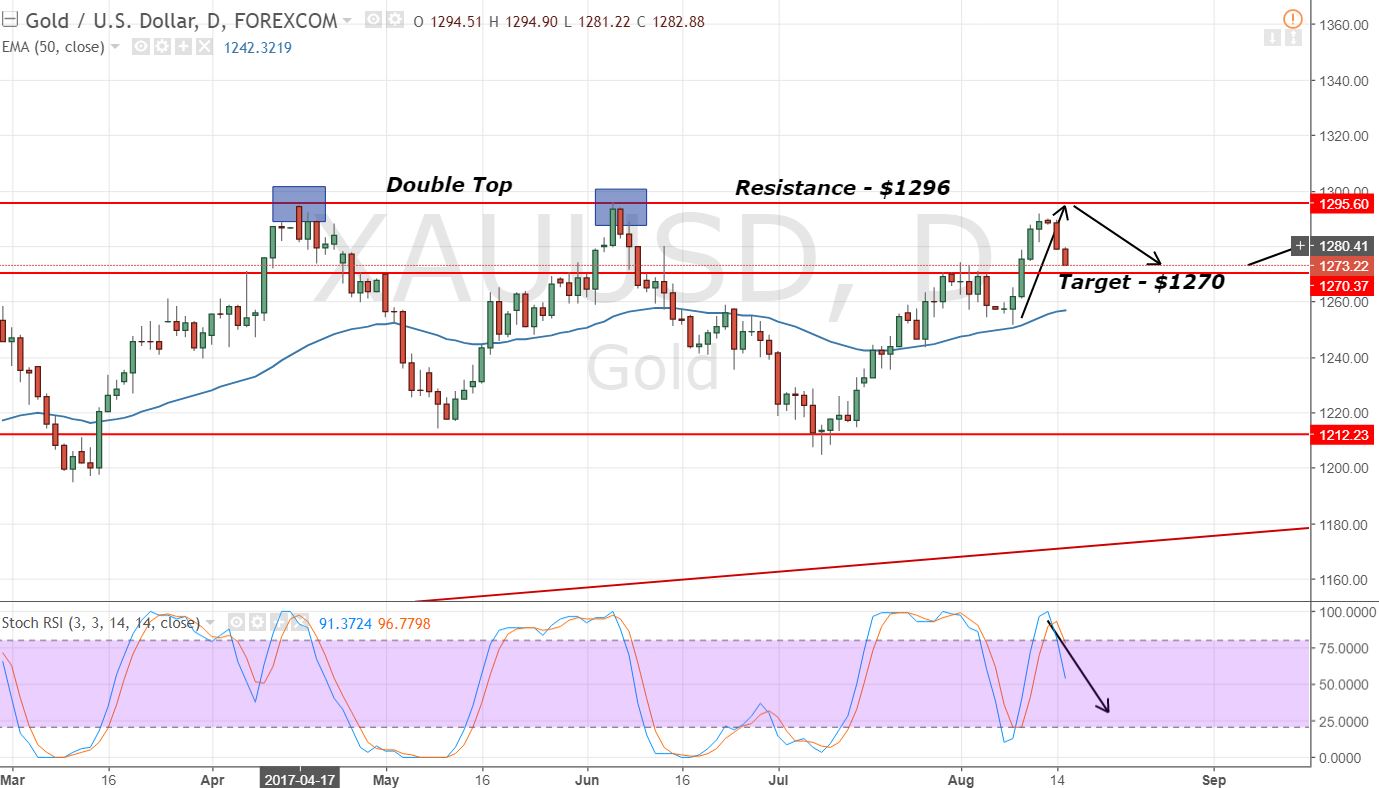 However, zooming out to the two hours chart, we can see Stochastic is massively oversold and at the same time, the gold is about to complete 50% Fibonacci retracement at $1271. Is this a clue for the bulls?? 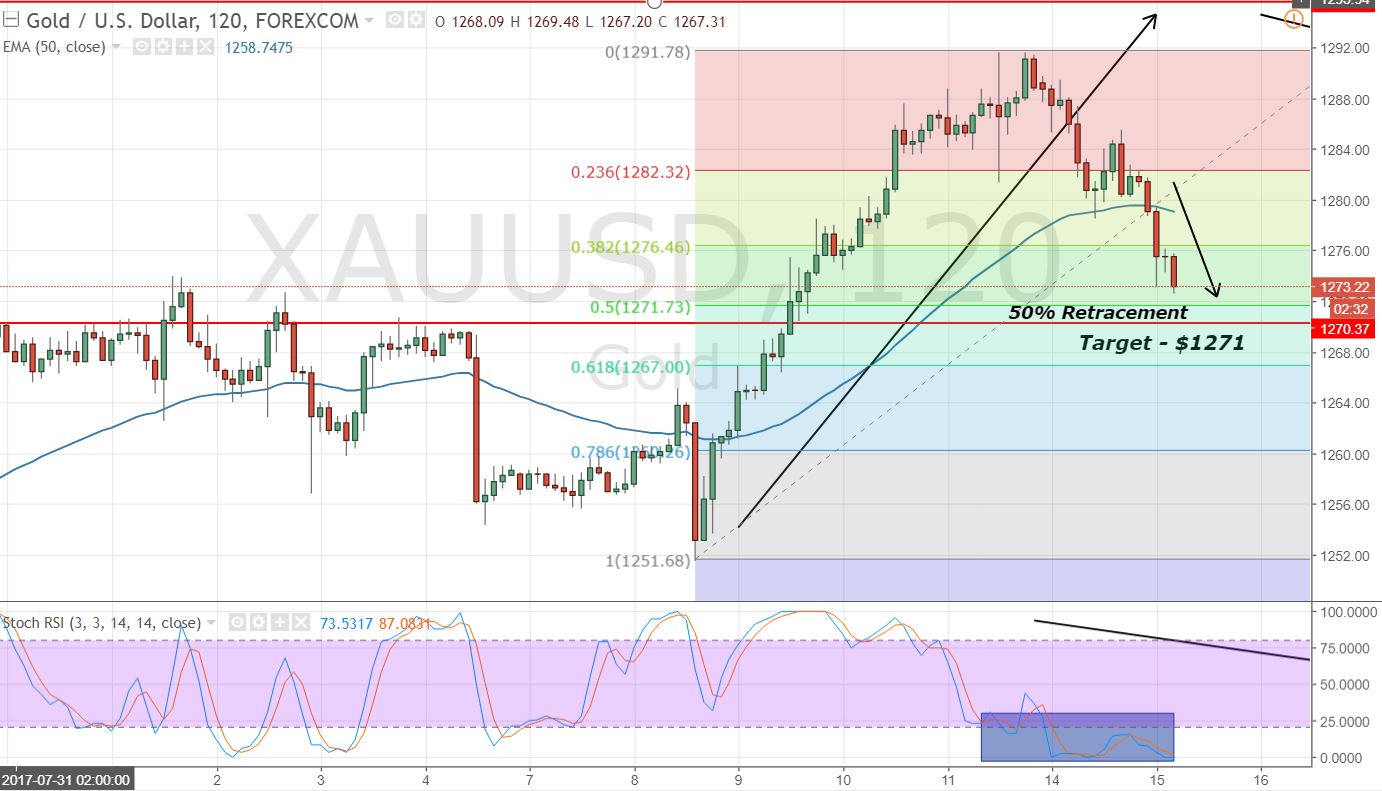 Regardless, there is still the need to look for retail sales & core retail sales figures coming out during the New York session today before placing any entry in Gold.?

The idea is to stay bullish above $1271 with a stop below $1266 to catch retracement until $1278. But traders, be careful as retail sales may distort the technicals. So, it's better if you can wait until the New York session.?