Today, the Asian trading session is quiet due to lack of fundamentals and volatility, but the scenario will change during the New York session today. Crude oil is what I'm focusing on today.

At 14:30 (GMT), the Energy Information Administration is expected to release the Crude Oil inventories for the previous week. The data shows the change in the number of barrels of crude oil held in inventory by commercial firms during the past week.

The EIA report shows a correlation with the API report. For instance, if the API report recorded an inventory build of 6M, the odds are higher that the EIA will also report something near to this.

Well, if this happens, the Crude Oil may not have a sharp impact. In case the EIA reports a draw in inventories, we are going to see some serious bullish waves in the Oil.

The Crude Oil has traded sideways, so the technical outlook remains the same as before. It's still trading above the 61.8% Fibonacci Retracement at $47 but now has crossed above the 50- periods EMA at $48. Honestly, the hourly and 4-hour charts are messed up and showing no clear indication of direction. It's because the investors are waiting for some fundamental reason (EIA Report) to get in the market. Did you hear about news trading? Check out the FX Leader News Trading Strategy to get quick profits on fundamentals. 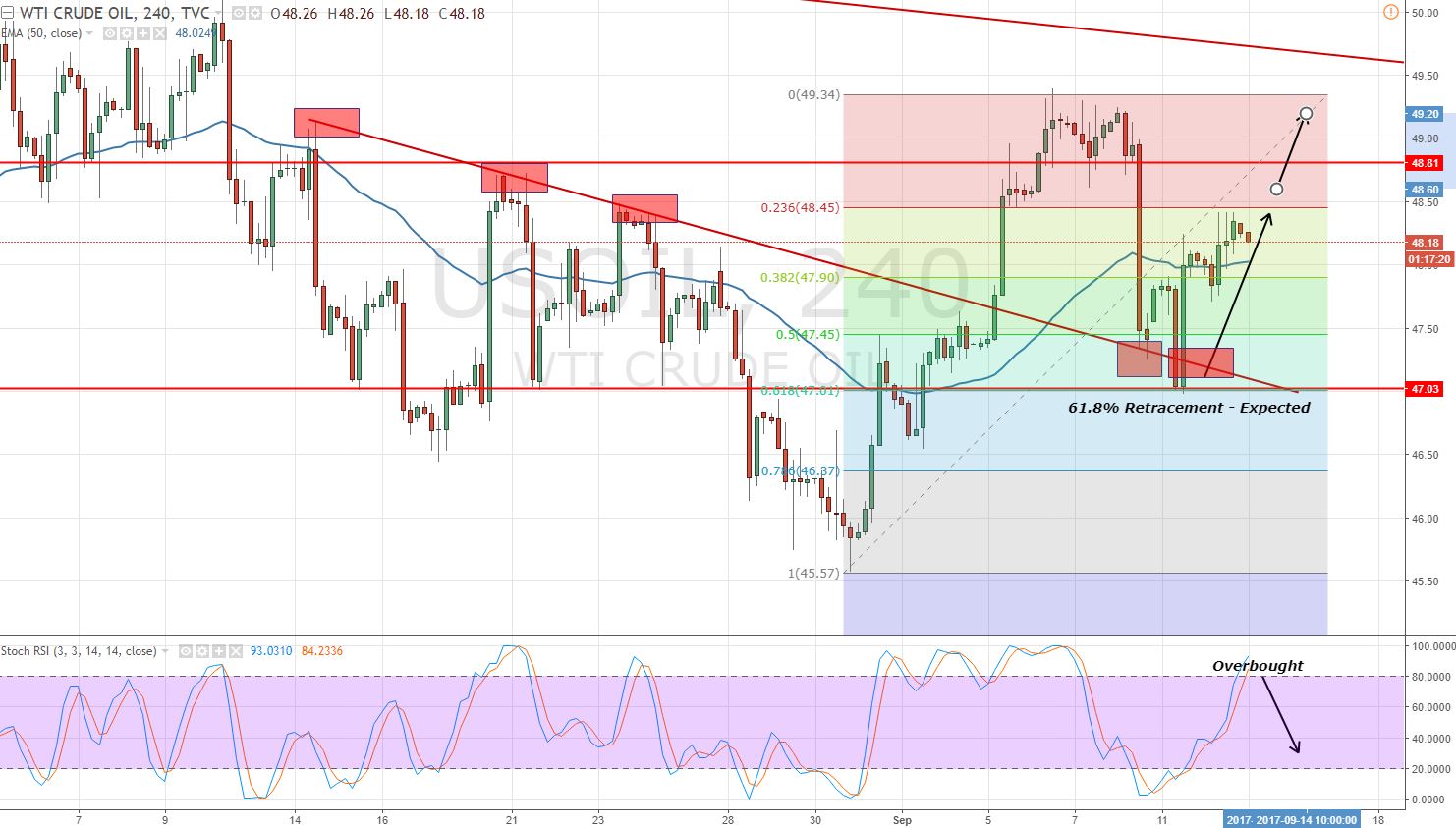 Bitcoin Has an Energy Consumption Problem
6 days ago