How High Can the Nikkei Run? - Forex News by FX Leaders

How High Can the Nikkei Run?

It was a big news day overnight with the FOMC update. That’s followed up today with the BOJ coming out with and update of their own. While there aren't any expectations of a change in policy, the USD/JPY and the Nikkei have been powerful performers

The Yen weakness has helped the Nikkei smash through overhead resistance and run to where there is seemingly only blue skies. As it stands the next levels above are at 20675 and 20900. What that tells me is that if the BOJ doesn’t shake things up, then we have a good chance of some follow-through momentum and a test of 20675 is likely. 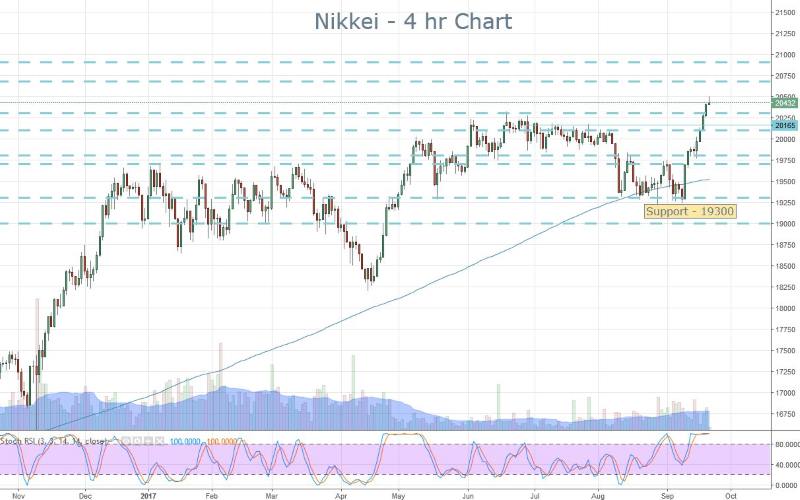