We opened two forex trades a while ago as you might have noticed: A buy EUR/CHF signal and a sell NZD/USD signal, so let’s have a look at the reasoning behind these trades.

EUR/CHF – This forex pair has been in an uptrend for months, so we are on the right side with this trade. The price has retraced lower on Friday, and today, so far, looks like an opportunity to go long for those who were on the sidelines. 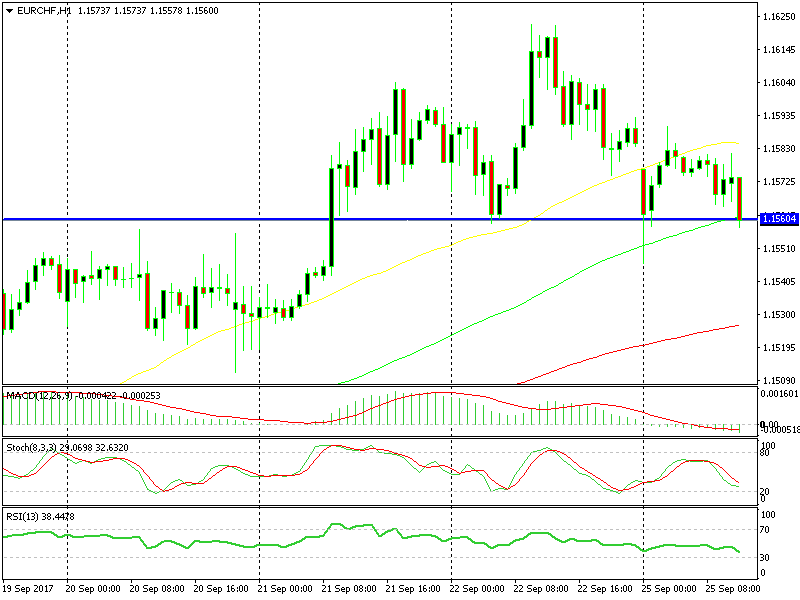 The previous support has turned into resistance now.

The area around 1.1560 has provided resistance last week, and it has turned into support now. Besides that, the 100 SMA (green) adds extra strength to this level, so the technical analysis is pointing up, despite the bearish price action today.

NZD/USD – We also sold NZD/USD at the same time at 0.7190. The Kiwi lost about 80 pips overnight on New Zealand election rumors. Yes, there are general elections in New Zealand which we have missed, but it’s not as if the world politics will change the day after. 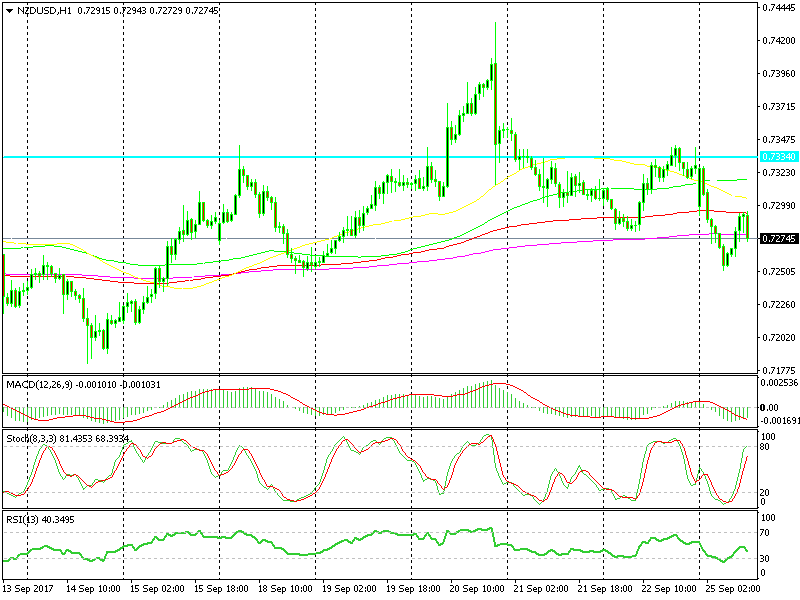 Anyway, the price retraced higher this morning, so we saw that as an opportunity to sell. Stochastic was overbought on the H1 forex chart, while the 100 smooth MA (red) was providing resistance.

The trend is also down, and the sentiment is bearish as well. Right now, we’re in profit with this signal, so let’s see how they both evolve.