This Moving Average on the Daily Litecoin Chart Is Saving Our …

A couple of weeks ago we issued a buy forex signal in Litecoin alongside my Litecoin trade that I simultaneously opened with my broker. Cryptocurrencies were retracing lower during the previous few days after a decent run higher, so we thought that the retrace was over.

We were looking at the 50 SMA (yellow) as a possible support indicator. The long wick candlestick was another bullish signal which pointed to an upward reversal.

But the retrace lower wasn’t over and the reversal didn’t happen. So, we held on to our Litecoin signal as the price slipped lower.

In the next few days, the price reached the 100 SMA on the daily Litecoin chart as the entire cryptocurrency market continued to pullback. We were getting worried, but the 100 SMA (green) came to our rescue. 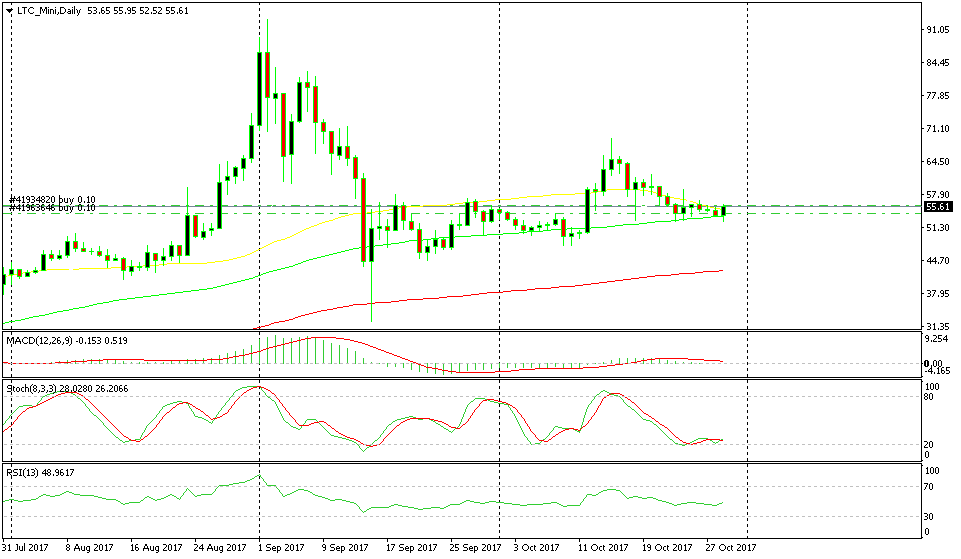 Stochastic is starting to turn up after touching the oversold area