The Crude Oil gained some support after the API report showed a drop of -1.050M in the Crude Oil Inventories. Today, there are two reasons to expect a bullish movement in the Oil….

The API inventories surprised the Oil traders as most of them were expecting a build of 2.5M in inventories rather than a draw of -1.050M. That being said, the investors are expecting the same kind of figures from the EIA.

Anyways, the EIA stockpiles are expected to show a build of 3.189M in inventories. In case, the market shows a draw of -2M or more, we can expect the bullish trades in the Oil. 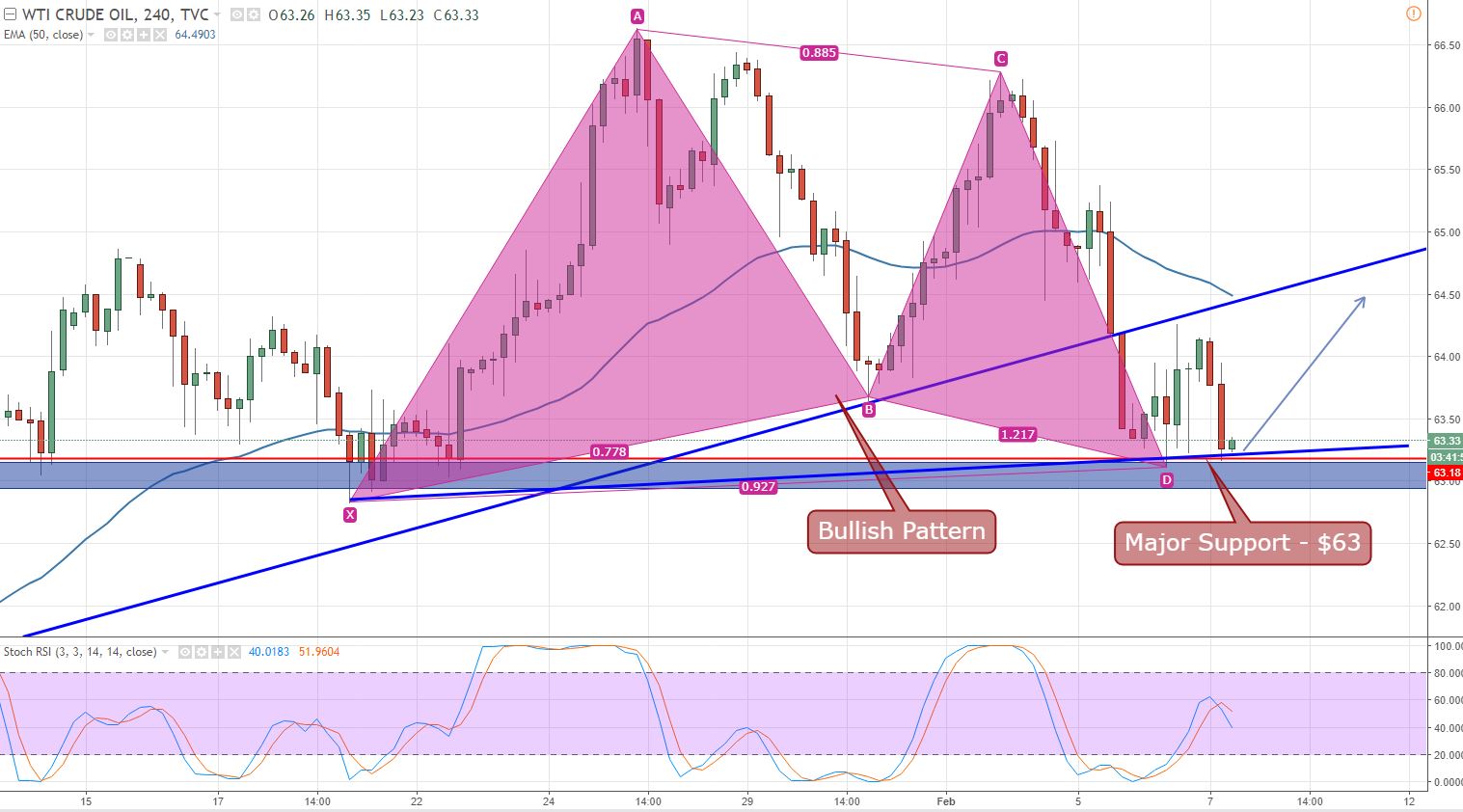 Technically, the WTI is holding right above a significant support level $63. On the same level, the Crude oil has complete it’s bullish harmonic pattern which is also supporting Oil before the news.

But candlesticks on the 4 – Hour chart are directing a solid bearish momentum. The bearish Marubozu and the long bearish candles are favoring the selling bias.