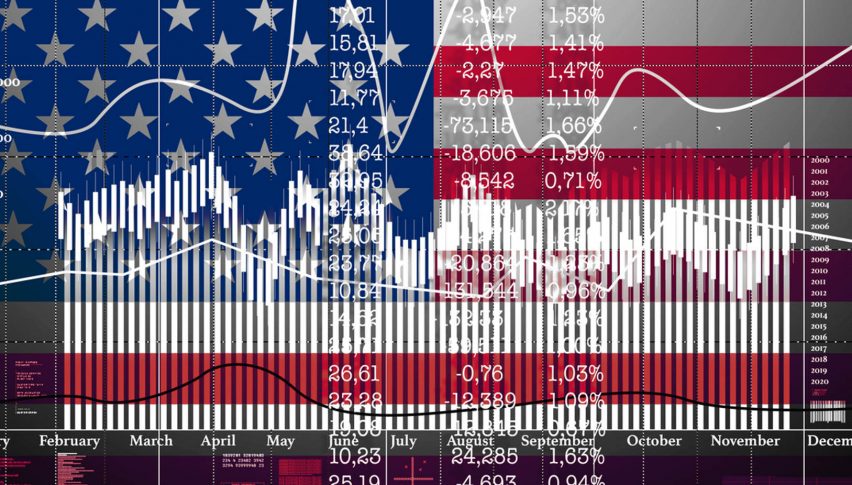 The US GDP report has been in the head of the forex trader during the last couple of days. They have been trying to adjust their trades before that and as a result, it has been pretty difficult to trade forex. But, the time for the release is finally here. I couldn’t care less about how the report will be, I just want this to be out of the way so we can get back to normal.

All of a sudden, everybody loves the USD again

Last week, we saw some decent moves in the forex market but they made sense to some degree. Safe haven assets received some strong bids which is normal when the market sentiment deteriorates. USD/JPY broke below the long term support at 105, but that wasn’t a big surprise either because the sellers had been pushing lower continuously and they had been knocking on that door for quite some time.

This week, the price action in the forex market has been impressive too, but it hasn’t made much sense to be honest. On Monday, the market turned against the US Dollar without any decent reason, thus the Buck ended the day more than 100 pips lower across the board.

So yesterday, we decided to open a few forex signals against the USD. We sold USD/CAD and bought NZD/USD since the downtrend in USD was picking up pace. But yesterday, everything reversed and we saw the opposite of what happened on Monday.

Monday’s losses were undone for the USD and in fact it ended the day with some small gains combined with Monday. GBP/USD fell off a cliff and lost nearly 200 pips. Did anyone hear anything about Brexit, because I didn’t?

So, it has been frustrating trading this sort of market during the last two days. The US GDP report is about to be released soon. Hopefully, the market will turn back to normal so the price action becomes easier to read.

Cryptocurrencies have been following a downtrend for about a week. Bitcoin tried to turn bullish in the previous week, but the 100 SMA provided resistance on top and the attempt to reverse the trend ended up being just a pullback before the next leg of the downtrend.

Cryptocurrencies have been on a bullish trend since the beginning and the uptrend gained immense pace late last year as the gold rush for cryptos swiped the public. But the public came to its terms with cryptos as the people realized that the cryptocurrency market is not a gold mine where you can make a quick fortune.

So, the buying pressure decreased and cryptos have been trading on a bearish trend this year. We have had four consecutive bearish candles in the Bitcoin daily chart. The rest of altcoins have been following Bitcoin as it is usually the case, so the picture has been the same in major cryptocurrencies.

Today though, we are seeing an attempt by the buyers to form a bullish daily candlestick. Bitcoin started the day near the lows below $7,000 and it has been climbing up since then. It broke above the $8,000 level earlier today and it is trading near the highs now. So, the price action looks bullish for cryptos today, but we have to wait until the day ends because we have seen buyers attempt to reverse the market in the last few days, but at the end of the day, cryptos have ended up even more bearish. 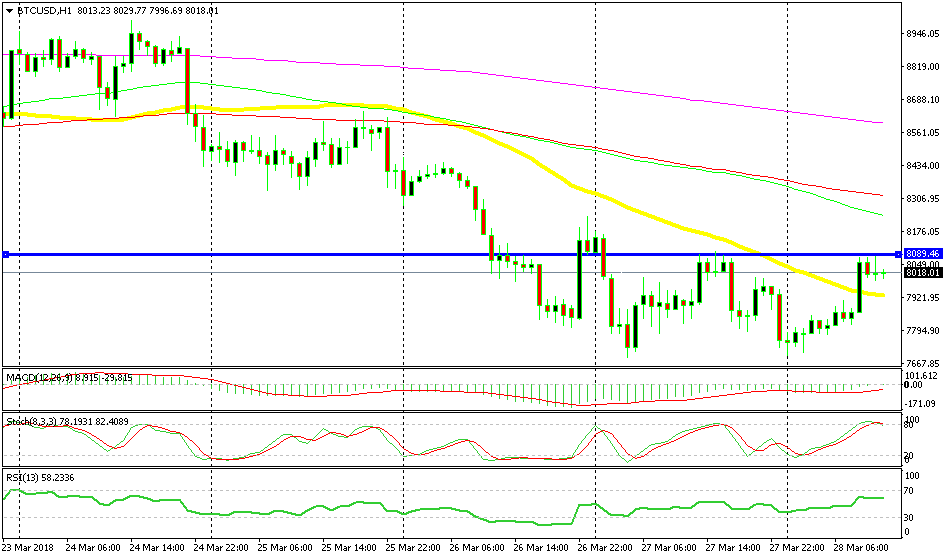 We’re above the 50 SMA today 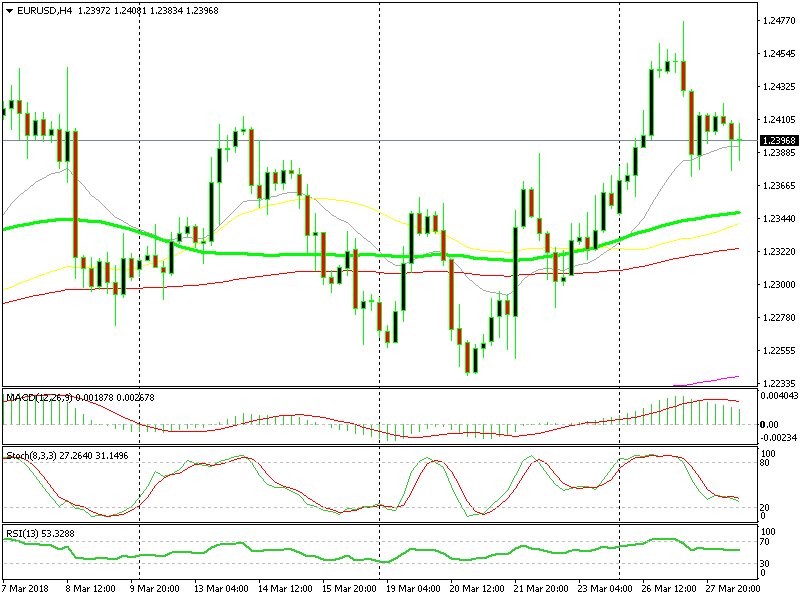 If not for the US GDP report, I would have gone long now

I am not going long or short now on any financial instrument because the US GDP report is aout to be released. But I would have gone long on EUR/USD based on this chart setup. The trend is bullish and the retrace lower is almost complete. The 20 SMA is providing support as well, so it seems like the buyers are gearing up.

The forex market has been behaving naughty in the last two days, but the time for the release of the US GDP report has finally arrived. I hope that the markets get back to normal after this release, so we can trade normally and hopefully make some profit until the end of the month.