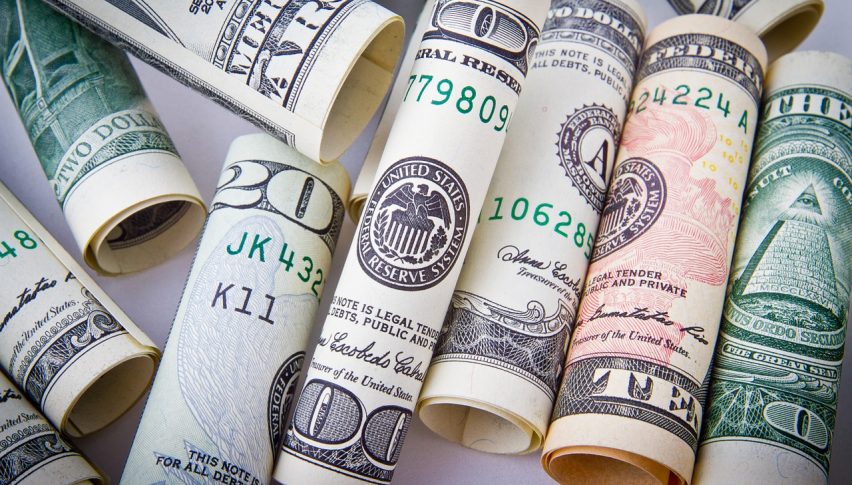 Welcome back to another exciting week. The ongoing geopolitical tensions are boosting the market’s safe-haven appeal. This rush to the safe-haven currencies is weighing on the indices while underpinning the bullion markets. Our calendar is loaded with high impact economic events from the US, Japan, and Canada. Let’s take a better look!

Last week, the US dollar slid sharply. This is despite the fact that US inflation came out as expected; 2.4% on the headline and 2.1% on the core inflation. Most of the selling was caused by the ongoing geopolitical tensions among the US, Syria, Russia. The trade war sentiment waned as negotiations between China and the US brgan.

Retail Sales m/m – The Census Bureau is due to release the retail sales data at 12:30 (GMT). This is the primary gauge of consumer spending, which accounts for the majority of overall economic activity. In February, the retail sales fell by -0.1% vs. the forecasted figure of 0.3%.

However, economists are expecting a 0.4% rise in retail sales and a 0.2% rise in core retail sales today. The rise in sales indicates higher inflation and a growing economy. The positive data should help the US dollar.

Monetary Policy Meeting Minutes – The minutes of the Reserve Bank of Australia’s March policy meeting will come into focus. No surprises are expected from the minutes as the RBA has been pretty consistent recently in maintaining a neutral stance. However, we should watch the meeting minutes at 1:30 (GMT) on Tuesday.

GDP q/y – The Chinese GDP plays an important role in trading the Australian Dollar.  China’s economy is anticipated to have expanded by 6.8% y/y from January-March, exactly the same as last quarter. A stronger than expected reading would be impressive given the winter pollution curbs and tighter lending controls. A disappointing figure could raise concerns of a deeper slowdown.

Average Earnings Index 3m/y- The leading indicator of consumer inflation. This shows the change in the price businesses and the government pay for labor, including bonuses. When businesses pay more for labor, the higher costs are usually passed on to the consumer which leads to inflation.

The UK’s Office for National Statistics is expected to show a gain of 3% vs. 2.8% in Feb.

CPI y/y – As we know, inflation shows a change in the price of goods and services purchased by consumers. It looks like the UK is struggling with inflation. In February, the CPI slowed down to an annual pace of 2.7%, yet still in the 1-3% range mandated by the BOE (Bank of England). As per economists forecast, inflation is expected to remain at 2.7% in March.

Final CPI y/y – Investors are advised to watch the final CPI figures from Eurozone. The data is due to come out at 9:00 (GMT) with a forecast of 1.4% vs. 1.4% beforehand.

BOC Monetary Policy – The BOC (Bank of Canada) is the main attraction this week. According to Stephen Poloz’s recent remarks, the country may see higher growth without triggering inflation. The statement signals a hawkish sentiment. However, the BOC Canada is expected to keep the interest rates on hold at 1.25%.

Despite this forecast, we should be ready for any surprise from the BOC.

Labor Market Report – On Thursday, the only major event is the Australian labor market data. At 1:30 (GMT), the Australian Bureau of Statistics will release the Employment Change with a positive forecast of 20.3K vs. 17.5K. Tthe Unemployment Rate is expected to come out as 5.5% vs. 5.6% previously.

Both of these economic events are forecasted to be positive and will support the Aussie.

CPI m/m – Canadian inflation has been improving lately, putting pressure on the BOC to hike rates. In March, the CPI figure came out at 0.6%, up beating the 0.4% forecast. This week’s forecast isn’t available at the moment, but any figure above 0.6% will drive bulls to the Loonie.

Lastly, I would recommend reading FX Leaders News Trading Strategy article for a better understanding of the fundamentals. Have an awesome week.