Forex Signals US Session Brief, July 10 – All Aboard the USD Train - Forex News by FX Leaders 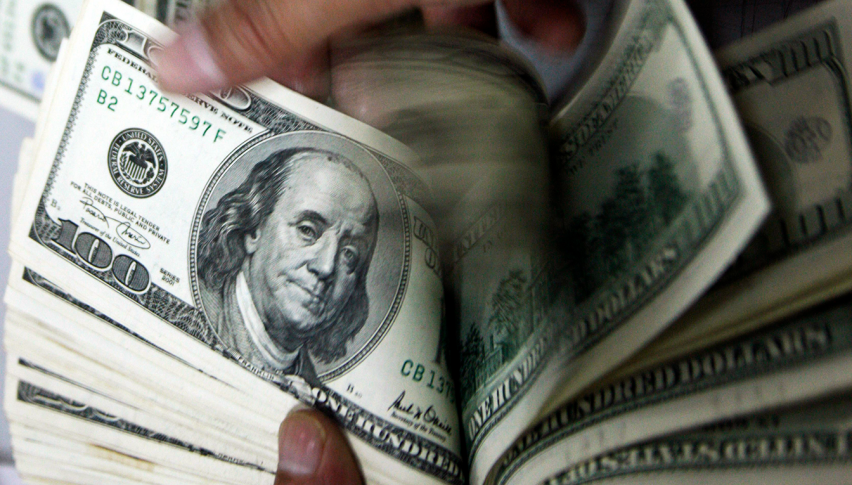 Forex Signals US Session Brief, July 10 – All Aboard the USD Train

The demand for USD is back

The USD has been on the backfoot for the last couple of weeks. EUR/USD led the way higher after this pair failed to break the 1.15 level. Since then, the USD has lost considerable ground. But last afternoon, the USD made a turnaround which didn’t seem like a big deal. Today, the turnaround seems a lot more serious as most of the major currencies have been declining against the US Dollar.

The Dollar index formed a hammer candlestick on the daily chart yesterday right above the 200 SMA, after trending down for several days. That was a bullish signal and it is working out fine today as the Buck keeps climbing. Indices are marching higher as well, although we can’t consider this as a risk-on sentiment in financial markets because risk currencies such as the commodity Dollars are declining. But so are the safe-haven assets such as the JPY and Gold. So, the conclusion we draw from the price action in all markets today is that the USD bulls are back in charge.

Italian Industrial Production – The industrial production grew by 0.7% in Italy. That’s lower than the expected 0.9%, but it is growing nonetheless, which looks much better than the French figures.

UK GDP MoM – The UK GDP increased by 0.3% as expected. The 3M/3M GDP rose by 0.2%, also as expected. It’s not much but it is keeping steady at least which is positive as Brexit approaches.

Eurozone ZEW Economic Sentiment – The economic sentiment took a dive last month as Trump started imposing tariffs. This month, the sentiment deteriorated even further in the Eurozone, although not as much as in Germany. This is not good news for business in general and for the Euro of course.

US JOLTS Jobs Openings – JOLTS jobs opening have been increasing steadily this year. They are expected to increase further this month by 6.88 million, up from 6.70 million last month. That would be a good sign for the FED and would be positive for the Dollar.

Canadian Housing Starts – The housing starts took a bearish turn in May after being on a bullish trend in the previous 4-5 months. In June, the pace of housing starts slowed again and it is expected to slow further this month. That would be another negative economic data from Canada in recent weeks, which puts further pressure on the Canadian economy after Trump’s tariffs on Canadian Steel.

Brexit White Paper to Be Published on Thursday – The UK Government will publish the Brexit whitepaper on Thursday. The first time they meet a Brexit deadline. The UK government is for a no-deal Brexit as well, because there is no guarantee that the EU will accept it, especially some dodgy proposals from the UK.

Iran Oil to Fall by 500k Barrels on Sanctions – The US will start implementing tariffs on Iran and a recent report showed that Iran’s Oil exports will likely fall by 500k barrels. That’s lower than the expectations which were above 1 million barrels. Although, it seems as the EU, China and India won’t follow the US with sanctions, so we will see how it goes. 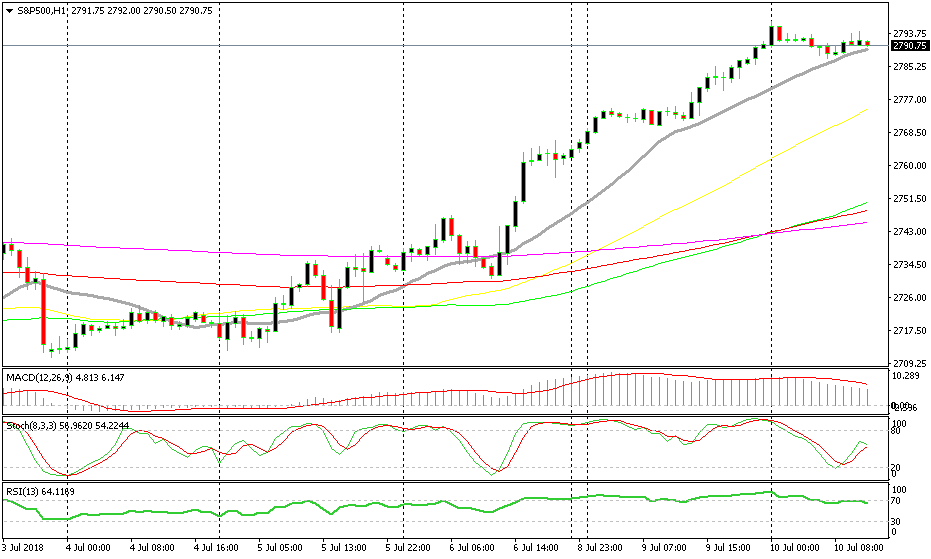 I was thinking about going long on S&P500 a while ago when the price was leaning against the 20 SMA (grey). The price bounced off that moving average, but it is now back there. This moving average has provided solid support during the uptrend this week and it is doing the same now. Although, the price might pull back a bit lower, so I am also looking at the 50 SMA (yellow) as a possible entry level.

The market remains heavy on the USD side today but there might be a retrace coming up in major pairs. USD/JPY is starting to turn lower at the moment, so I think it will be better to wait until this pullback is complete before going long on the USD later today.

Forex Signals Brief for June 9: How Hawkish Will the ECB Get?
2 weeks ago