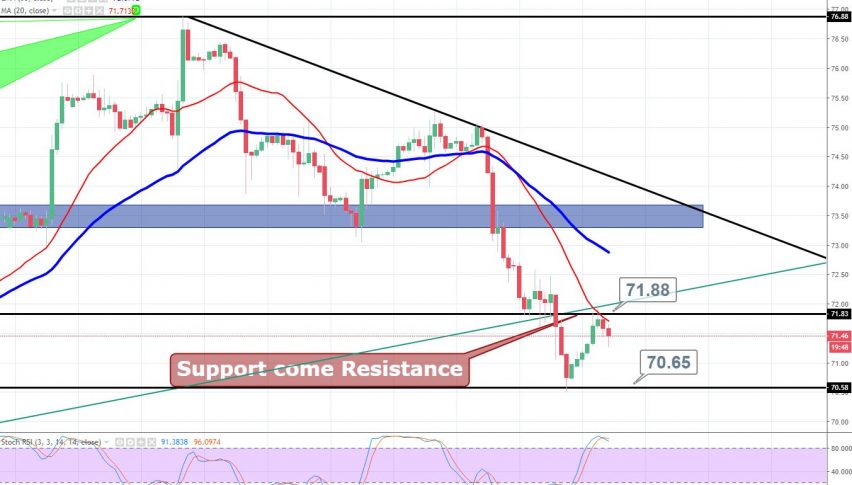 It’s been a good day so far as team FX Leaders managed to capture four winning forex trading signals to close the week in green. Are you ready for the next trade?

Well, I was looking at the WTI crude oil chart when I noticed that crude oil has completed 61.8% retracement at $71.85 and now it’s trading right below this level. The same level worked a pretty strong support on Thursday before it got violated on bearish EIA report.

The inventories report showed a build of more than 5 million barrels for the previous week, which clearly signals China and the US trade war seems to impact crude oil demand. 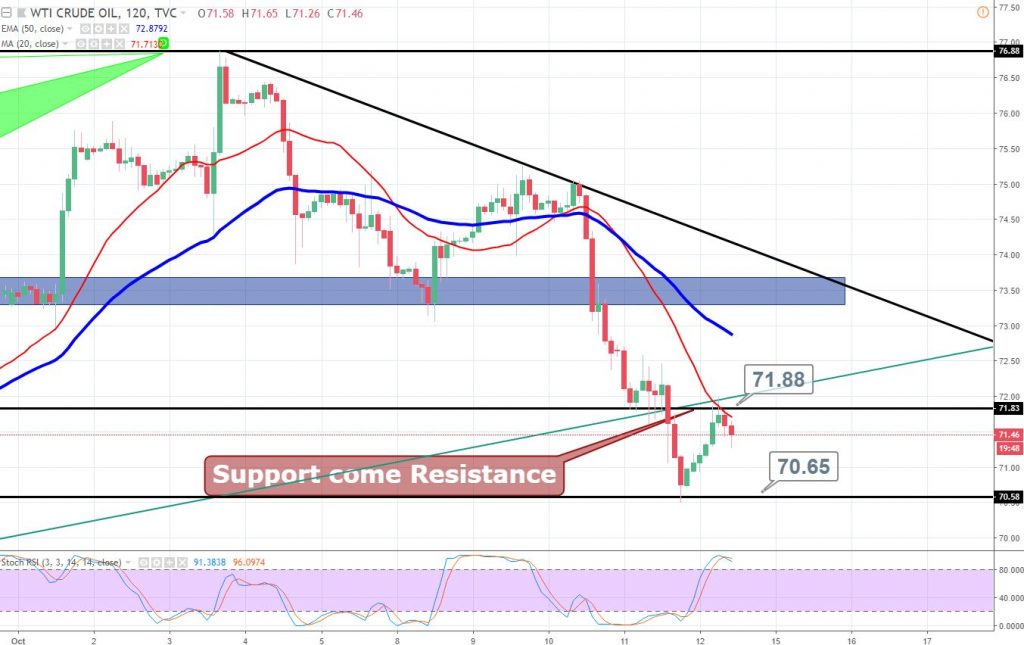 At the moment, crude oil is looking bearish for three reasons: