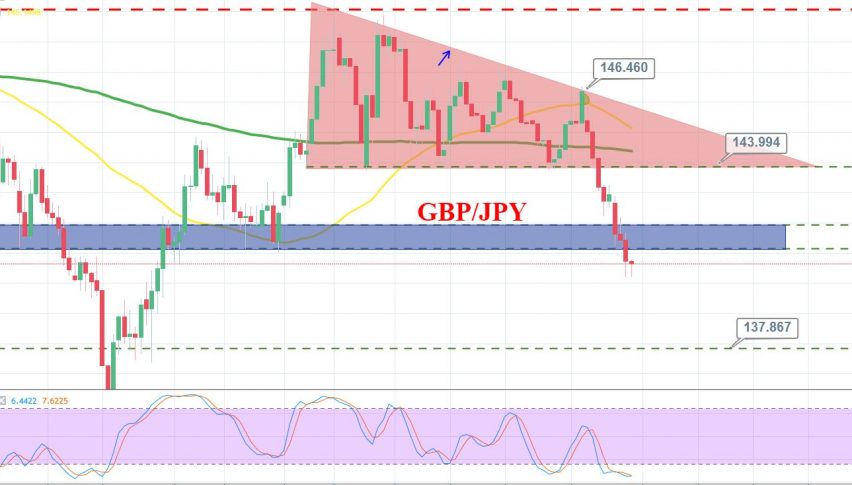 It’s all about the Japanese yen on today’s canvas, as the trade war sentiments continue to dominate the market. United States President Donald Trump seems to be telling one thing and doing another as the shadow of a US-China trade dispute rises over the world.

I hope you all know about the prolonged trade war between the US and China, causing a haven appeal and making Japanese Yen stronger. A day before, US President Donald Trump eased the aggressive sentiment by saying that the trade deal is still on the table. Moreover, they are also looking delay trade tariffs on Auto companies by up to six months.

On the other hand, Sterling weakened over Brexit sentiments. Theresa May once again meets colleagues attempting to remove her on Thursday, as her battle to stick to power and get her Brexit deal through Parliament raises.

The closing of a recent candle can determine if there’s going to be a bullish reversal or a bearish trend continuation. GBP/JPY is facing immediate support around the psychological level of 140, while resistance is around 141.900 and 143.850.