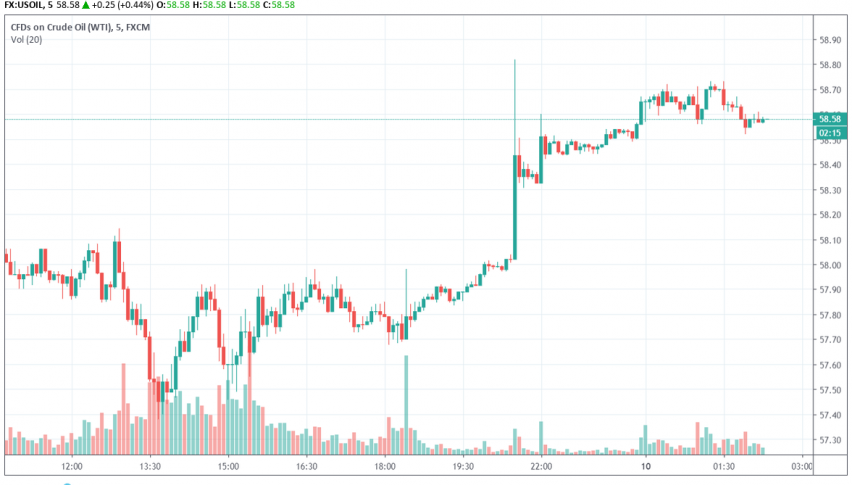 WTI crude oil prices climbed more than 1% higher early on Wednesday after the API report revealed that US crude stockpiles fell by more than expected during the previous week. At the time of writing, WTI crude oil is trading at around $58.58 per barrel.

According to the API report released on Tuesday, crude inventories declined by 8.1 million barrels last week to touch 461.4 million, while expectations were for a fall by 3.1 million barrels. Even though OPEC and allies have been curbing crude production since the beginning of this year, crude oil has traded weakly over concerns of a potential global economic slowdown and record crude production in the US.

Tuesday’s report from the API is a sign that the demand for crude oil has increased in the US, hence the upward pressure on crude oil prices. This latest data shows that US crude stockpiles have fallen for the fourth consecutive week.