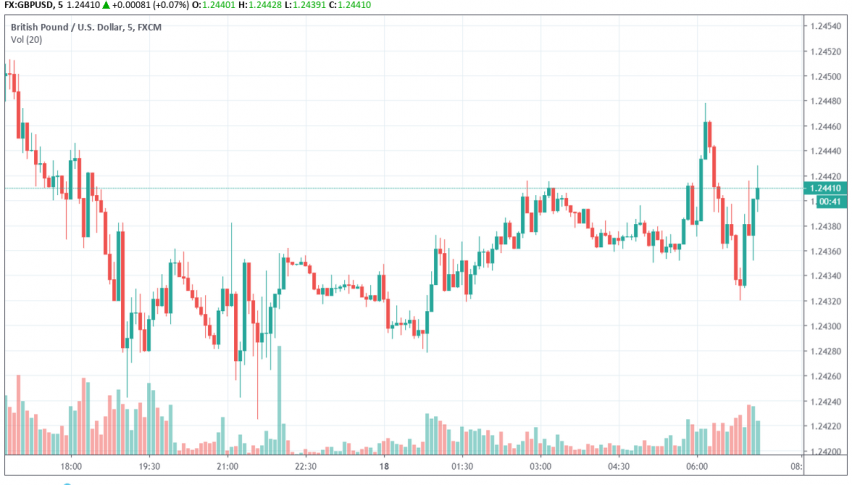 In an interview with BBC, EU’s chief Brexit negotiator Michel Barnier stated that the EU has “never been impressed” by UK’s threats of a no-deal Brexit. He also added that the UK would have to “face the consequences” of going down the path of a hard Brexit.

Barnier continued to insist that the withdrawal agreement originally negotiated with the EU remains the only option for UK to exit the Union in an orderly manner. The EU has repeatedly maintained its unwillingness to renegotiate the withdrawal agreement, a statement oft repeated by UK PM contenders like Boris Johnson and Jeremy Hunt during their campaigns.

Brexit is back in focus and continues to weigh on British and European markets over an increasing likelihood of Boris Johnson coming to power and taking Britain out of the EU on the October 31 deadline, with or without a deal in place.

For now, GBP/USD has managed to lift slightly higher after having fallen below the 1.24 level briefly on Wednesday. At the time of writing, GBP/USD is trading at around 1.244.