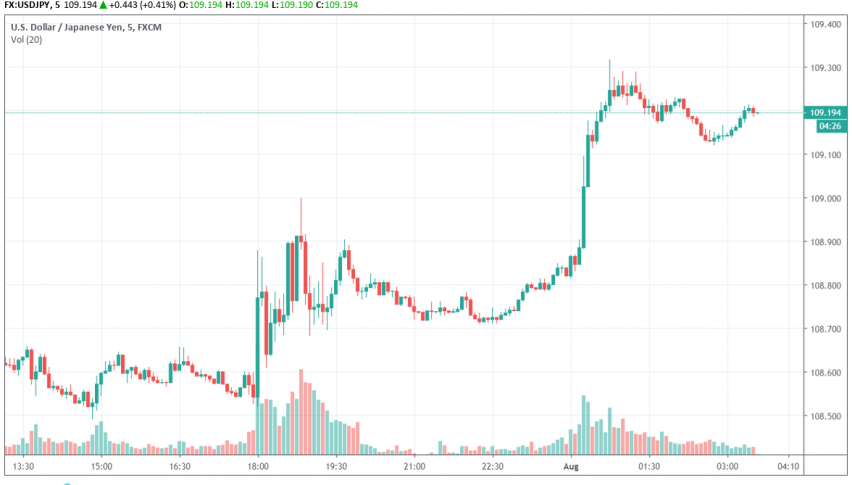 Japanese manufacturing continues to suffer for a third straight month, as the final PMI figures from Jibun Bank for July came in at 49.4. Although this figure has improved since June when it was at 49.3, it still indicates contraction as it is below the 50 threshold.

The final PMI reading has also come in lower than the preliminary reading, which stood at 49.6 in July. Japan’s export-oriented economy is still reeling under the effects of the US-China trade war, with factory output in contraction for the seventh consecutive month. The factory output also fell at the fastest pace in four months during July.

Total new orders also remain in contraction at 48.1, with new export orders falling lower at 47.6. Weak outputs and adequate stockpiling have brought down companies’ purchasing levels to a three-year low in Japan.

On the release of this news, USD/JPY has made a sharp bullish turn, having climbed over the 109 level and touching 109.19 at the time of writing.