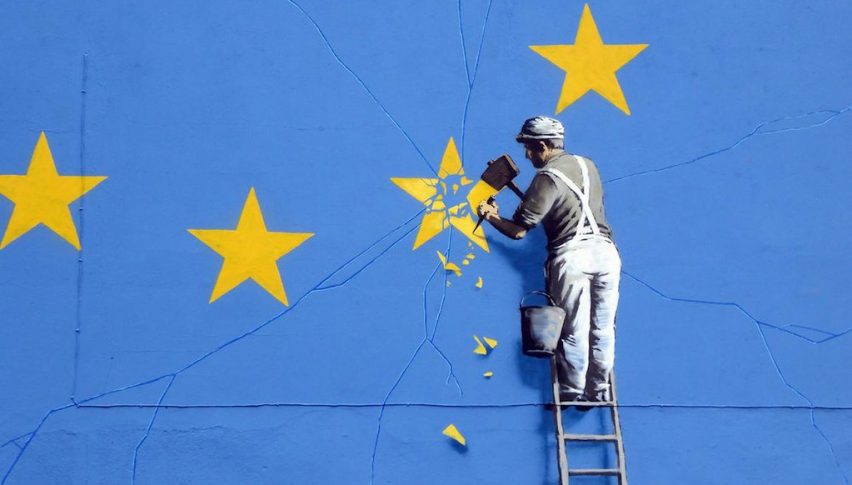 The GBP has been trading up and down in the last few months. When we hear positive comments on Brexit, the GBP rallies higher. When comments are negative such as today, GBP/USD tumbles lower. Today we heard comments from the European Union that they want Northern Ireland (NI) to stay in the Customs Union, which would basically leave it within the EU. The UK would never opt for that and Prime Minister Boris Johnson said that this position of the EU leaves no room for a Brexit deal, not just now, but ever. This means that even if Brexit gets postponed once again, since the British Parliament made it illegal to leave the EU without a deal, we won’t get a deal in several months’ time.

The NI DUP Party also commented, saying that they want to have the cake and eat it too. The DUP leader Dodd also added that Ireland appears to be turning peace process on its head, so things are heating up again and the GBP is tumbling lower.

On another note, the USD has weakened again today in the last two sessions, as it declined against most major currencies, apart from safe havens. This suggest that the market sentiment has turned negative today after some positive tones in the US session yesterday. Safe havens such as the JPY and Gold have been climbing higher, while risk assets are sliding lower. US Crude Oil is around $2 down from the highs yesterday, so the downtrend continues. That has pulled the CAD lower with it. Stock markets have turned bearish again after the pullback we saw yesterday, so the risk button is switched off again. 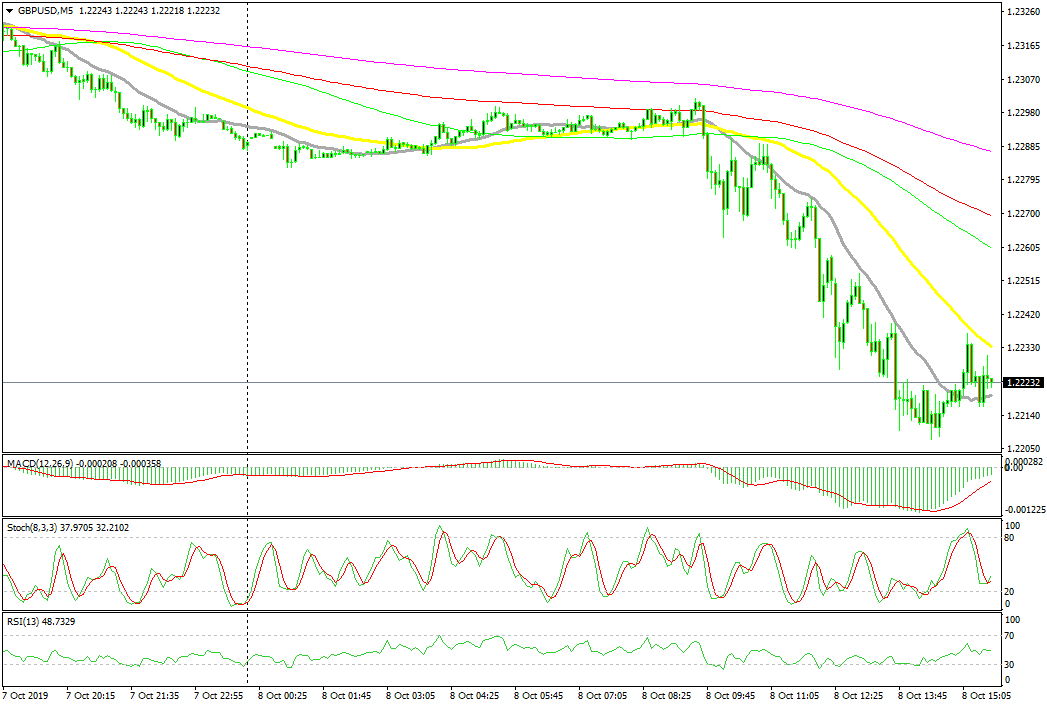 GBP/USD has turned bearish again now as fundamentals turn dovish too. The odds of a Brexit deal have diminished again today after comments that EU and Ireland possibly want Northern Ireland to remain in the Customs Union. The downtrend has picked up pace for this pair, which can be observed from the 5 minute chart above. The smaller moving averages such as the 20 SM A(grey) and the 50 SMA (yellow) are providing resistance and pushing the price down, which means that the trend is strong.

Delegations from US and China will meet soon to negotiate a trade deal. But, the US has increased the list of Chinese companies to be banned or under sanctions, as a response to the treatment of Uighur Muslims. The Chinese don’t seem too optimistic either, as explained above, so the events leading up to that meeting don’t seem too promising.