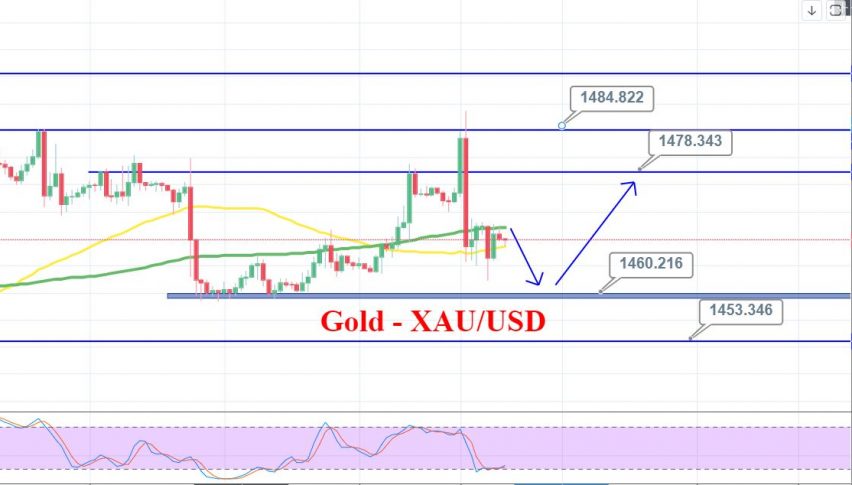 Daily Brief, Dec 13: Things You Need to Know About Gold on Friday

The Purchasing Price Index (PPI) also showed a decline to 0.0% against 0.2% forecast and weighed on the US dollar. Unemployment Claims from the United States for this week were increased to 252K from the expectations of 213K and put pressure on the US dollar.

Weaker than expected macroeconomic data from the United States on Thursday weighed on the US dollar and supported Gold prices. The US dollar was already under pressure due to increased uncertainty over the US-China trade deal and the dovish comments from Federal Reserve Chairman Jerome Powell. And the Purchasing Price Index & Unemployment Claims added in that pressure on Thursday. Hence, gold prices surged to $1486.

However, gold did not remain higher on Thursday because of a positive tweet from US President Donald Trump related to the US-China trade war. In which he said that “Getting VERY close to a BIG DEAL with China. They want it, and so do we!”.

This tweet from Trump brought back the hopes of completion of the Phase-one trade deal between the world’s two largest economies before December 15, the date at which the USA is expected to impose more tariffs on Chinese goods. If imposed, these tariffs could cause a massive trade conflict and the chances for an end to the trade war will decrease.

US negotiators offered to cut existing tariffs as well as to cancel the new round of tariffs, which are set to take effect from Sunday. In return, the US has demanded Beijing to make firm commitments to purchase large quantities of US agricultural and other products. Washington also demanded better protection of US intellectual property rights and wider access to China’s financial services sector.

The United States has demanded a written commitment from China for agricultural purchases as part of the latest offer. Chinese have been reluctant because the guaranteed purchases would cause friction with other trade partners. The price at which US soybeans are offered is much higher than the price Brazil offers to China, and purchasing a large quantity from the US would be a disadvantage for Chinese buyers.

Besides, China has argued that purchases should not be bound with the fixed price & quantity but should be based on market prices and organic demand from China.

The positive tweet from Trump & the US’s latest offer to China gave market hopes for an end to the prevailing trade war, and hence, the demand for haven assets dropped suddenly, and gold fell sharply.

Good luck, and have a profitable day ahead!