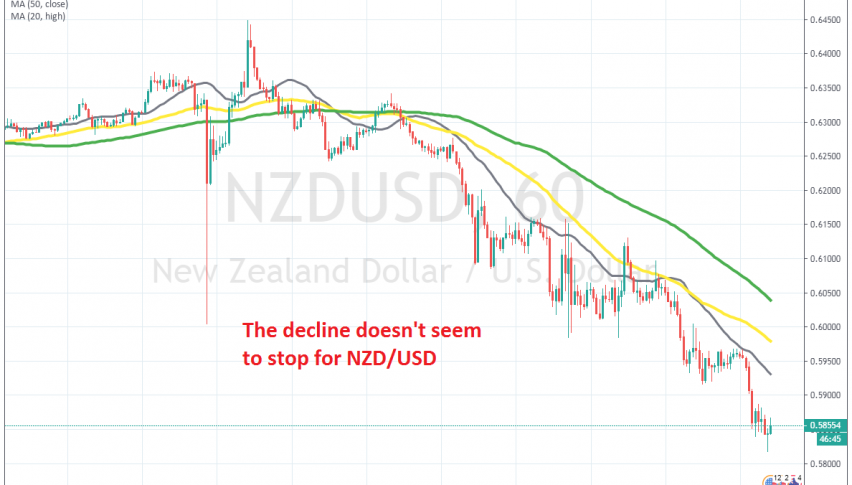 Nothing is stopping the freefall

Risk sentiment has taken a big hit in the last several weeks, once coronavirus spread in Italy. The situation is dire in Italy, with the death tall clinging around 8-9%, which has scared everyone for their lives, while the country has shut down, which will plunge the economy like in China, and that has got traders scared and economists.

As a result, risk assets such as stock markets have tumbled lower and many countries have either banned short selling or have closed stock exchanges altogether. Risk currencies have also tumbled lower, with NZD/USD losing more than 600 pips so far.

The pullbacks higher have been really anemic; we have seen mostly some consolidation for a period of time, until MAs catch up and then the downtrend resumed. This has been the story so far. So, you can’t do  much, except wait for one of the MAs to catch up, either the 20 SMA (grey) or the 50 SMA (yellow) and go short on this pair.