GBP/USD Heading Lower into Sell Zone – Do We Have a Sell Trade? - Forex News by FX Leaders

GBP/USD Heading Lower into Sell Zone – Do We Have a Sell Trade?

The GBP/USD pair fell sharply, below the 1.3710 support level, and it seems to be going after the support area of 1.3625. The Sterling seems to be getting weaker, as the retail sales volumes grew by 0.3% compared with November 2020, ending in an expansion of 2.7% compared with February’s pre-lockdown level.

The US Dollar Index (DXY), which measures the value of the greenback against a basket of six currencies, fell by 0.2% on Thursday, to 90.04, which is its lowest level since January 13. This weakness in the US dollar helped the  GBP/USD currency pair to rise, despite the better-than-expected economic data from the US.

Furthermore, Sterling investors remained hopeful, as the rollout of coronavirus vaccines in the UK almost hit the expert’s prediction of 350,000 doses a day. On Wednesday, over 343,000 doses were administered to the most vulnerable members of the UK population. Investors were also optimistic that the lockdown restrictions would be eased in mid-February, as initially announced by the government.

Another reason behind the strength of the British Pound is the latest announcement by the Secretary of State for Education, Gavin Williamson, who said that he hoped schools would be able to reopen before Easter, which is a far cry from February. However, Prime Minister Boris Johnson said it was too early to tell when the restrictions would be lifted, as the UK was still battling the contagiousness of the new variant of the virus that emerged just before Christmas. He added that there was no doubt that the new variant spreads very fast. 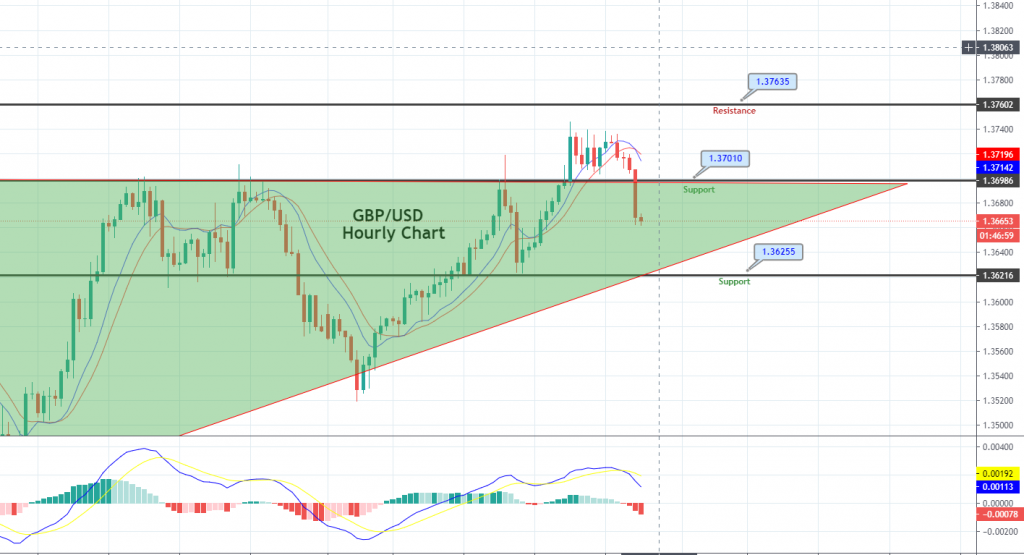 EUR/USD Violates Upward Channel - A Quick Sell Signal!
7 hours ago
Crude Oil Slips to $ 59.52, Over Supply Issues and a Stronger Dollar in Play!
During Tuesday's early Asian trading session, the WTI crude oil failed to extend its previous day winning streak and dropped near below the
8 hours ago