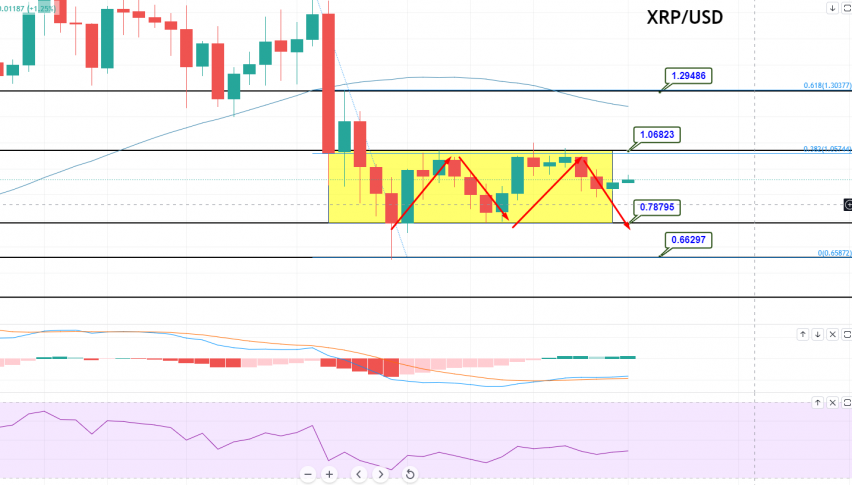 The XRP/USD closed at $0.94639, after placing a high of $0.94639, and a low of $0.92290. The XRP/USD currency pair rose and managed to recover a minor portion of its previous losses. The cryptocurrency dropped for two consecutive sessions but reversed its course on Sunday. On Friday, the lawyers representing Ripple Labs, its CEO Brad Garlinghouse and co-founder, Chris Larsen, filed a motion to compel the SEC to produce two sets of documents that the company requested earlier this year. Ripple demanded the documents related to the SEC’s communications with third parties regarding Bitcoin and Ethereum, to disclose the reasons why the agency considers bitcoin and ether to be commodities rather than securities, like XRP.

However, despite repeated demands, the SEC continued to refuse to provide documents on internal communications regarding the cryptocurrencies BTC, ETH and XRP. The motion to compel SEC to hand over the documents moved back and forth between the two parties and Judge Netburn. This back and forth movement in the SEC lawsuit kept the prices of the Ripple coin, XRP, under pressure over the weekend.

Meanwhile, the declining prices of the US dollar also played an essential role in raising the prices of XRP/USD over the weekend. The greenback came under heavy pressure after the US Dollar Index (DXY) dropped to the 90.03 level, followed by the declining US Treasury Yields, amid poorer-than-expected economic data released by the US Labor Department on Friday, regarding job creation. The weak US dollar helped the crypto pair recover some of its previous day’s losses on Sunday. 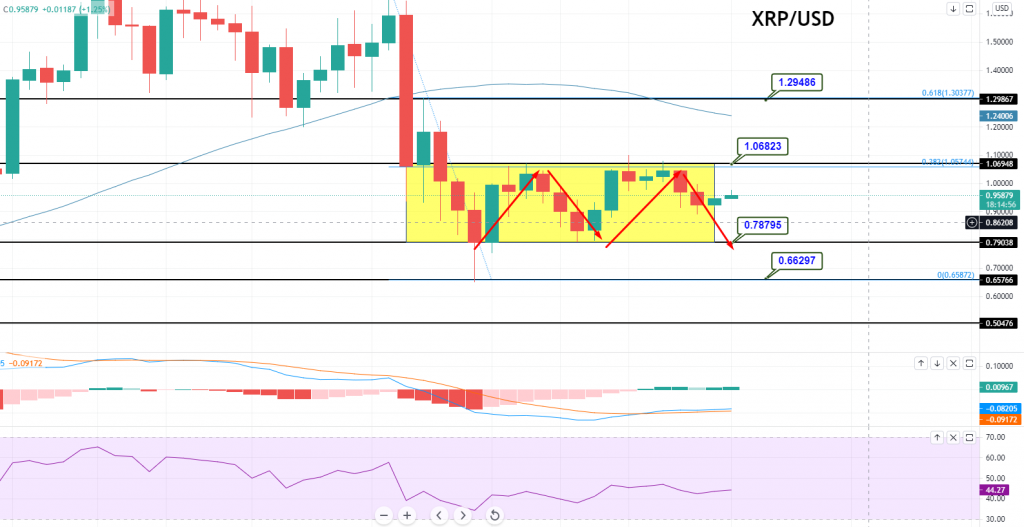 The XRP/USD pair is trading sideways, maintaining a wide trading range between 1.07815 and 0.79788. A bullish crossover at the 1.0781 level could drive further buying in Ripple, until next resistance area of 1.2948, as this marks the 61.8% Fibonacci retracement level. On the lower side, the support continues to hold around the 0.7978 area. The MACD and RSI support a bullish trend, while the EMA supports a  selling bias. The idea is to take a buy trade upon breakout of the 1.0781 level. Good luck!