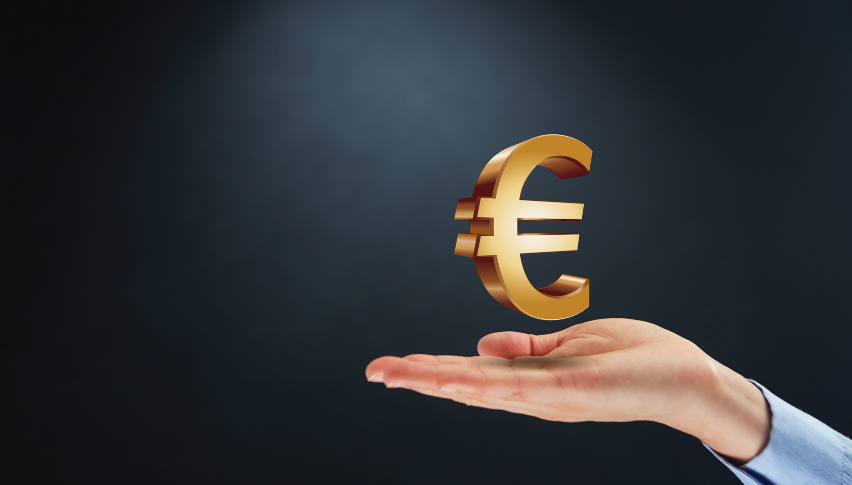 For the past week, the Euro has been recovering against the dollar, after being on a downtrend since the start of June.

The US currency gained strength after the Federal Reserve uttered some hawkish comments on raising rates twice before the end of 2023. The central bank also hinted at scaling back the $120 billion monthly bond purchases, following the continuing economic rebound.

Meanwhile, the Euro has recovered some losses, and it is now approaching a key area around 1.20, which has acted as a major support/resistance before.

What Happened this Week?

The dollar index ended the week lower, as US consumer spending data showed stagnation in May. The Core PCE Price Index plunged from 0.7% in April, to 0.5% in May.

A survey by the University of Michigan, released on Friday, also showed that the Consumer Sentiment Index rose by 3.1% in May to 85.5 in June. Analysts expected a slightly bigger increase of the sentiment index, to 86.5. 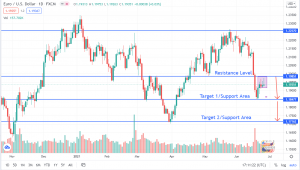 From the daily chart above, it is evident that the EUR/USD pair has been on a downtrend since the start of June.

The price has been correcting to the upside and is now approaching the key resistance around 1.198 to1.20. The pair is now testing this level and is already facing a lot of resistance to the upside.

Currently, we can see bearish pin bars and an inside bar pattern just below the resistance area. We expect the EUR/USD to resume the downtrend from the current pin/inside bar combo.

The EUR/USD is likely to trade down from the current pin/inside bar setup, around the 1.198 to1.20 resistance area. The prices have tested this area before and traded downwards, making it an important area of interest when trading the pair.

What to Look For

Despite the clear downtrend in the EUR/USD pair, we could see more market indecision around the resistance area, as investors await the nonfarm payroll data next week.

Strong US data that advances the Fed’s discussions on bond tapering and rate hikes could add more strength to the dollar. The July NFP data will offer further clues on whether a move towards 1.1849 or below is possible.

As for Europe, key data like CPI, manufacturing PMI and a statement by ECB President Christine Lagarde on Friday, could alter the market sentiment. However, US job data could eclipse any other economic news affecting the currency pair next week.

Already, investors are warming up for potentially strong job data next week, after jobless claims by the Labor Department in the previous week showed a decline of 7,000. As a trader, I will be watching the jobs data, in order to gauge whether the dollar will retain its strength, and open further downsides for the pair.

For now, I recommend a sell trade, based on current technical analysis, emphasizing that it is crucial to factor in the upcoming fundamental developments for trade confirmations. Good Luck!

Inflation Jumps in Europe, But EUR/USD Reverses Down at the 200 SMA
3 days ago