What a month June has been. It´s been full of economic and political events which have had a great impact on the forex market. We hope that your accounts are still active because there have been some really huge shifts this month. If you have followed our forex signals, then you must be in the clear because we had a good month with a 651 pip profit.

It started with all the projections on the FED and their June meeting – which offered some good odds of an interest rate hike but immediately the odds crashed when the US employment expectations missed their mark by a long shot. Then, the attention turned to Brexit; no one expected it to happen but it´s a fact now that they have left the EU. But guess what, the person who fronted the Brexit camp, former London mayor Boris Johnson, abandoned his goals to become the next UK PM, and retracted his candidacy in the last week of June. 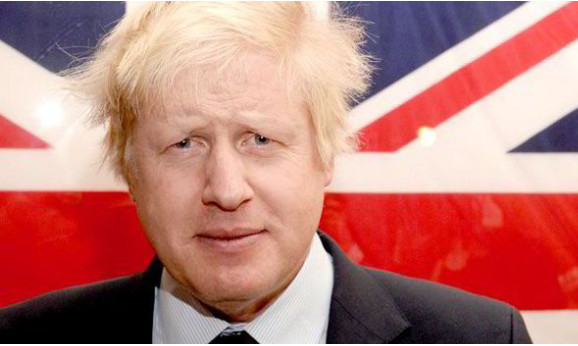 Thanks for backing me up and voting to leave the EU, but I’m out, too.

This month, the forex market started off pretty quiet but turned into a volatile beast. The forex traders were cautious in first three weeks due to fears about the FED June meeting and then Brexit, so the number of forex signals was quite low during that period. The earnings were small in the first week but they grew as the month progressed and volatility picked up.

We made a mere seven pips in the first week, 54 in the second, 63 in the third – and then it all kicked in after the Brexit vote and we made 329 pips in the fourth week and 198 pips in the final week. In the beginning, we thought that it would be hard to make a profit this month because of all these events but it´s been steady going.

We opened 67 forex signals in June, of which two were long-term signals and 65 short-term forex signals. Even though, nearly two-thirds of the profit came from the former. We opened a long-term EUR/USD sell forex signal near 1.14 on the evening of the Brexit referendum day, thinking that Brits would vote to stay in the EU and that this pair would eventually move down.

To our shock, the next morning we awoke to the reality of Brexit. The risk currencies had lost hundreds of pips with the GBP leading the way, obviously. The Euro was badly hit as well, so our sell signal had reached take profit. Next day, we opened a GBP/USD long-term sell forex signal during the retrace up after the epic overnight decline – but that was an easy call to make. In addition, the first half is over and we have made nearly 2218 pips in profit so far!

The FED had raised the expectations of a June interest rate hike, and the improving economic data during the spring months has played a big part. So, rightfully, the forex market priced a 50% chance of a rate hike in June. But on the third day of the month, the US employment numbers posted only a 38k gain against 159 expected.

At that moment, the odds of a rate hike in June dropped to zero. The market was still cautious, though, just in case there were any surprises the FED had planned for us. Then, on June 15th the FED held their meeting and they acknowledged the improvement in the US economy and in the global markets. Yet, they left the rates on hold.

Finally, the Brexit referendum day came. We were about to know the truth. Almost everyone believed that the Brits would vote to remain in the EU and the market was positioned long on the GBP. I woke up the next morning and looked at the forex charts before reading the news.

When I saw that the Euro was about 500 pips down, the Yen about 800 pips up and the Pound had plunged by nearly twenty cents I knew the outcome. As I mentioned in one of the daily updates, if there was a slight indication that the leave side could win, it was the louder cheers of the leave side on the last BBC debate.

Anyway, the volatility reached extreme levels but at least we made some nice profit from those moves. So, this month has been very similar to the first half of this year. Disappointing economic data, lots of economical and political events, possible rate hikes and extreme volatility made it a very interesting month.

The market had almost no interest in the economic data because all the attention was concentrated on Brexit. Still, in the beginning of the month the US economic data had garnered attention because the June FED meeting was coming up and there were some chances that it could push the FED towards a rate hike.

Although most of the US economic data was on the positive side and the unemployment declined to 4.7% from 4.9%, the piece of economic data that had the biggest impact this month was the US non-farm employment change. It was expected at 160k but it came out at 38k – and it was all that the forex market needed to give up on any hopes of a rate hike despite part of the miss in new jobs was the Verizon strike.

Another surprise came from Britain as the economic data improved despite the Brexit referendum coming up, especially the industrial and manufacturing sectors. We´ll see if keeps the same trend in the coming month now that the British have voted to leave the EU.

A lot happened in the UK and Europe this month which is reflected in the GBP and Euro pairs. The UK voted out and GBP/USD fell about 20 cents, and when there are such big political or other fundamental events the technical indicators can hardly work.

But, let´s have a look at them anyway because they will come to play when things settle down. 1.35 will obviously be the first resistance on the top side, then comes the Friday close at 1.3630s. This year´s low at 1.3830s might provide some resistance too, but the ultimate level will be 1.40 if the price can get there. On the downside, 1.30 might account for something but I wouldn´t trust any level since things have precipitated quickly for the Pound. 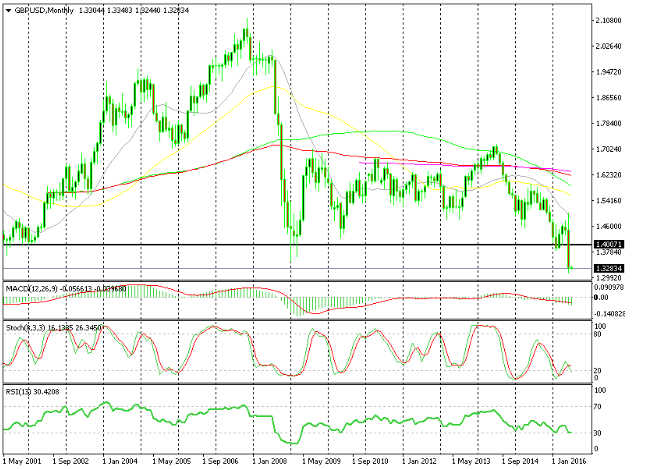 The 20 MA placed a lid on the pre-referendum jump 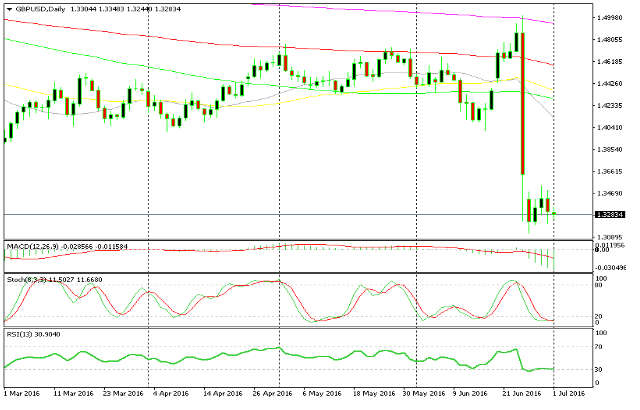 USD/JPY has been in a constant downtrend this year despite divergent monetary policies from the two respective central banks; the FED is looking for a reason to hike while the BOJ has cut the interest rates and might do so again. But, the main factor this year has been the risk-off sentiment.

During the first few months, it was all about the global financial markets turmoil and the money flowed in for the Yen, which is a safe haven now it´s Brexit. If we look at the weekly chart, it looks like the price made a head and shoulders pattern which might have triggered this downtrend. It even broke below the 100 level after the Brexit vote but it closed the month at 102.50. We´ll see if the BOJ will intervene if the price slips below it again. 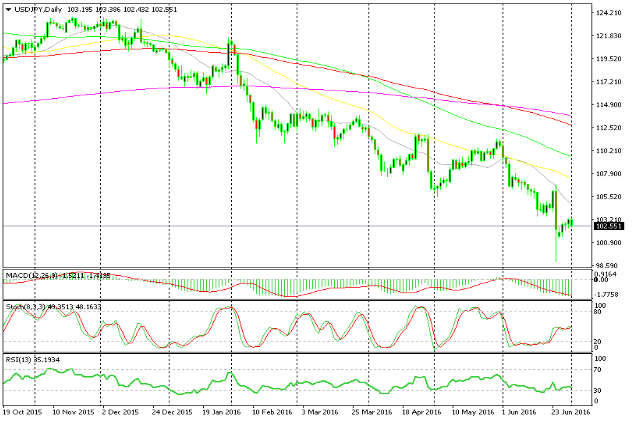 The 50 and 20 MAs have provided resistance during the downtrend 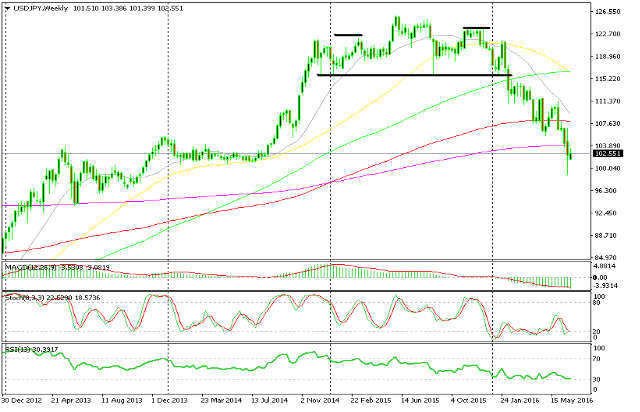 Wrapping up the month

This has been a great month for those who love action. The marked had priced in an interest rate hike from the FED but the big drop in the new employment numbers zeroed the odds for a rate hike which pushed the USD hundred of pips lower. Then the attention shifted to the British; not many expected them to vote to leave the EU but they did and the Pound really took a hit. At least it went in our favour since we made more than 400 pips from that occasion again. Anyway, let´s see how it will all evolve next month.