Forex traders fear big events so they tend to clear their positions beforehand. This seems to be the case at the moment. As I said yesterday, these sort of markets offer some nice short term trading opportunities. We used these opportunities yesterday and woke up to a couple of winning signals today. 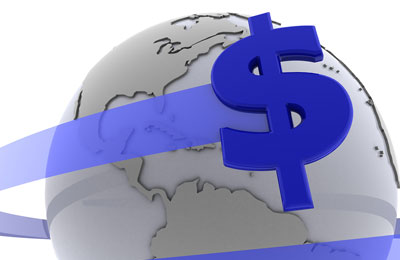 The USD is making rounds today against all majors, apart from the CAD

Yesterday the USD lost half a yard without any apparent reason, so perhaps USD buyers were offloading some of their long USD positions.

Today, we are seeing the opposite take place. EUR/USD has lost about 70 pips, GBP/USD declined nearly 100 pips and even USD/JPY is coming back from the dead.

Speaking of USD/JPY, this forex pair has been pretty bearish, targeting the 1.08xx support level, which stretches from 1.08 lows up to 1.0880s. It dipped down there yesterday among some decent selling, but we find this pair today well back above 1.09, so the tide has shifted in favor of the Buck.

Even the Commodity Dollars are down against the USD. Although the Loonie is holding up well because of the Canadian retail sales which were just published. We didn’t have a trade in USD/CAD,  we had two sell signals in NZD/USD and AUD/USD both of which hit TP, so the reverse we predicted yesterday went according to plan.

The Canadian retail sales were just released. I mentioned that this pair was having second thoughts as the NZD and the AUD were suffering some heavy losses against the USD, making it obvious the market was waiting for the retail sales to be released.

1.2550 has given up. We are now eyeing the ultimate support at 1.24. I have a trade idea for this forex pair, which will be presented in the section below. 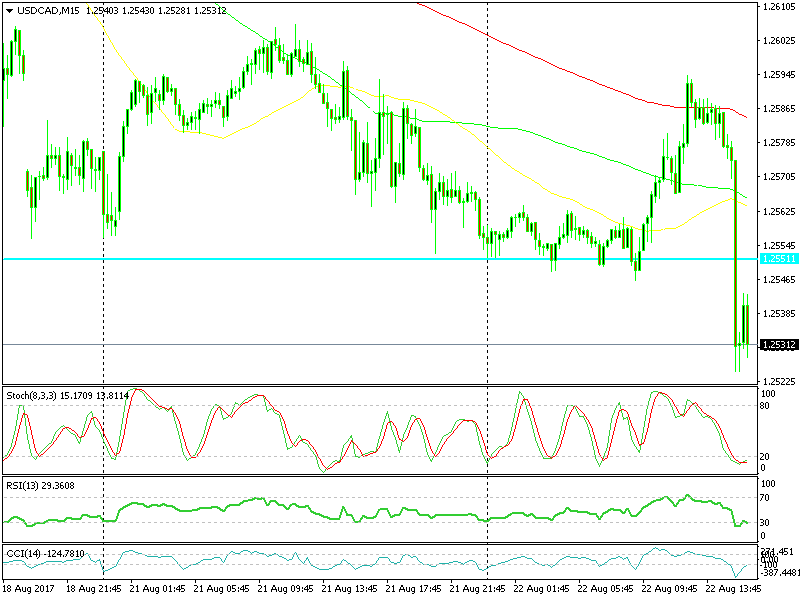 Will the broken support turn into resistance?

USD/CAD has been in a bearish trend all year after a strong bullish run over the last several years. But, the 200 SMA on the weekly chart proved to be a strong support level and the price bounced off it.

That said, the bounce so far has been anemic compared to the downtrend and the previous uptrend, meaning that the downtrend is bound to resume again. It resumed last week after the price had formed an upside down hammer and today it finally broke the support at 1.2550.

Trade Idea: The follow through wasn’t that strong and the price is already crawling back up. I would look to sell around 1.2550 if I see the price having trouble up there. 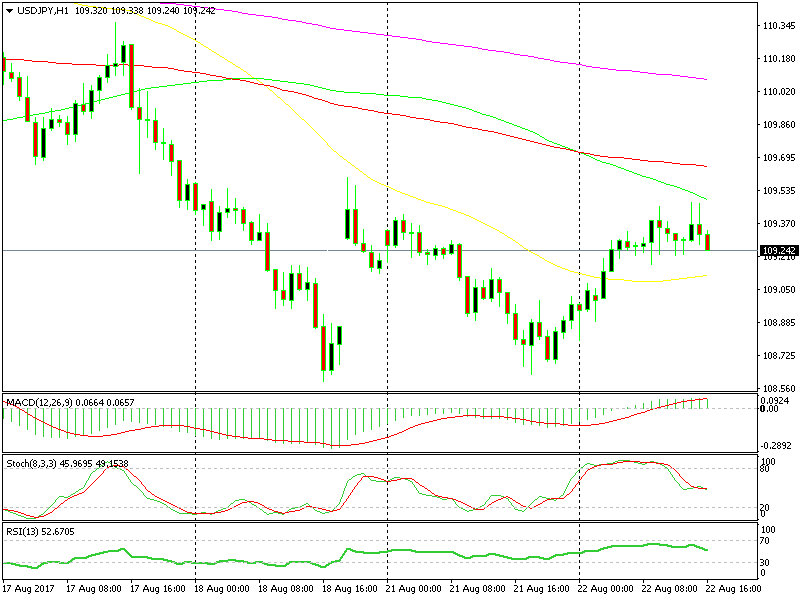 The 50 SMA (yellow) looks like a good spot to buy

Just as I was typing this trade idea with the 50 SMA (yellow) in mind as a possible entry level for a buy forex signal in this pair, the price dived and it pulled back up around 20 higher.

That moving average stands close to the 109 round level which is adding some extra strength. If I see the price moving back down there soon, I might be persuaded to open this signal I´m planning.