Gold hits 75 Pips Take Profit – Are you Ready for the Next Trade? - Forex News by FX Leaders

Gold hits 75 Pips Take Profit – Are you Ready for the Next Trade?

As I mentioned in my previous update "Bearish ABCD Pattern in Gold – Get Ready for Swing Trade", our forex trading signal on gold closed at take profit ($1328) helping us bag 75 pips. Are you up for the next trade? Let's take a look…

As we know the ongoing geopolitical tensions between North Korea & the United States is again fueling the "Risk Off" sentiment. The uncertainty surged on Sunday after a call from the United States for the United Nations, in order to inflict even tougher sanctions on North Korea due to it's additional test of a hydrogen bomb over the weekend.

As of now, the safe haven demand is at its peak after the latest comments from the North Korea. They threatened to conduct a new test on its founding anniversary of September 9th, putting the U.S. and allies in a position to respond by shooting the missile down. September 9th is just over 2 days from now. Consequently, the stocks are bearish and safe haven assets are supported.

Looking at the 2-hour chart, the Gold is trading in an upward channel, making bullish moves progressively. Though it has broken above the resistance level of $1338, the same level isn't working as a support for now.? 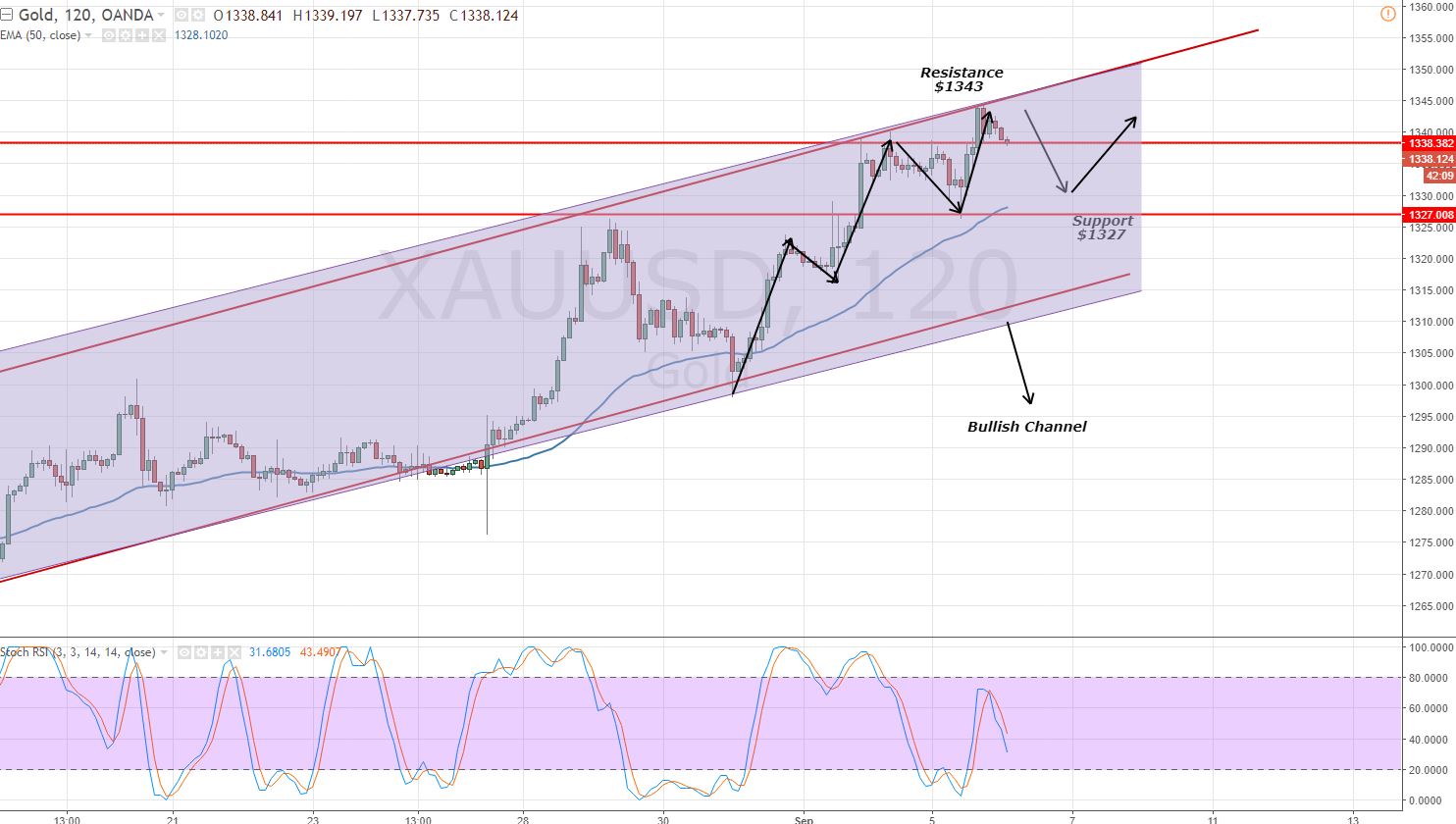 The 50 – periods EMA is still suggesting a bullish bias of investors by supporting Gold at $1328. The momentum indicators are holding in a bearish territory.

The immediate support prevails at $1336 & the breakage below will lead it towards $1330. Whereas, the resistance is still found at $1343.