Fellas, it's EIA inventories day and the muted Crude Oil can offer us some breakout opportunities on release. This is how we can trade the Oil today!

Earlier, the Crude Oil lifted by a decline in the U.S. crude inventories. The investors are also concerned about the tensions in the Middle East as these could disrupt supplies.

The API (American Petroleum Institute) reported a drop in inventories by 7.1 million barrels in the last week. The drop was highly unexpected and caused a major bullish wave in the Oil.

Likewise, the EIA (Energy Information Administration) will be releasing the Crude Oil inventories report today at 14:30 (GMT). It's expected to show a draw of -4.7M barrels which are quite likely. The reason is demand for Chinese markets should be back in the previous week and the impact of Hurricane is almost over. 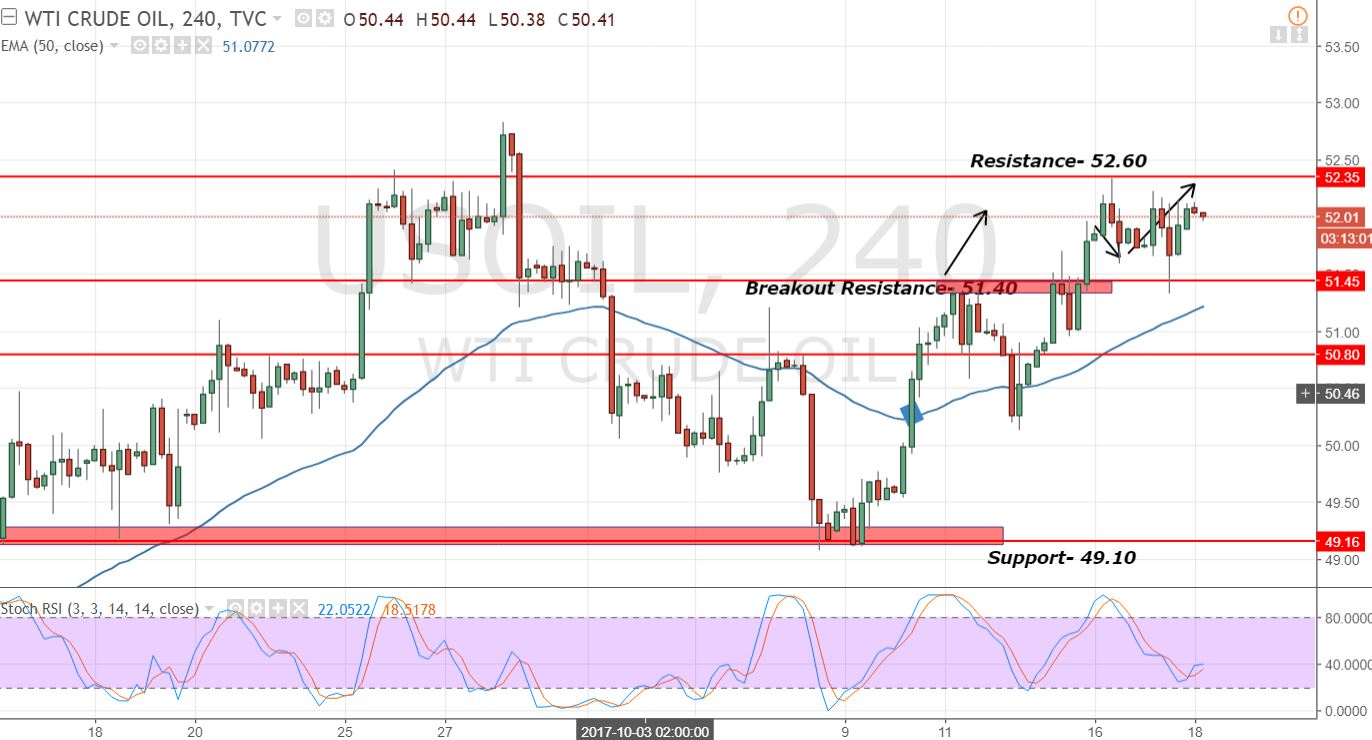 Today, the $52.75 is a very solid level for Crude Oil. Above this, it will be nice to stay bullish until $53.45. Whereas below $52.75 the Oil is likely to stay bearish until $51.50. Now the ball is in the pocket of EIA inventories as the Oil will determine it's further trend after the news. Good luck!

Booking Profit on EUR/USD Signal, Despite the Improved Economic Sentiment
3 weeks ago
Further Signs the US Economy Is Accelerating
ISM services and ADP employment reports showed further expansion in the US economy
4 weeks ago