Upcoming Events And A Look At The USD/JPY Weekly Chart

Monday has brought us an active U.S. forex session, with many signals to choose from. It seems that the markets often open up after a period of indecision, and that has certainly been the order of the day. Today’s economic calendar has also brought several key metrics, each bolstering participation.

In an earlier update, I discussed the potential for increased action in U.S. T-bill auctions. This has proven to be the case as buyers are snatching up 6-month and 2-year notes, contributing to higher yields.

For the upcoming 12-18 hours there are a few events to be aware of:

Since the highs made during Shinzo Abe’s snap election victory, the Japanese yen has posted a fairly robust recovery against the USD. With plenty of talk over the long-term ramifications of Abenomics, values of the JPY initially slipped as currency devaluation looked to become a permanent aspect of Japan’s economic outlook. 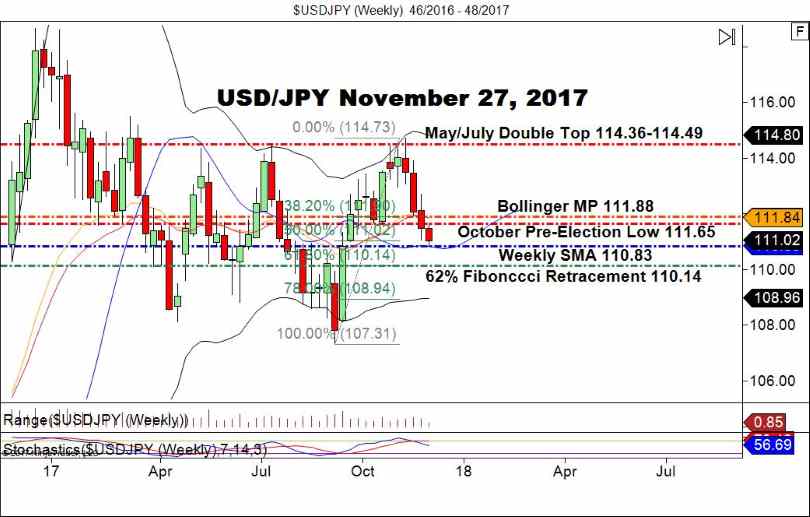 Examining price from 10,000 feet can be valuable when determining the future path of asset valuations. The weekly timeframe gives us this view of the JPY, along with key areas of support and resistance.

Here are a few observations facing this market:

Trade Idea: From a practical standpoint, this market is posting a concerted recovery. Longs from the 62% Fibonacci level of 110.14 are a valid trades for the remainder of the week. A tight scalping approach is an acceptable way to play this level, as well as a short-term position trade worth 1:2 or 1:3 return.

Be sure to monitor the trading signals page for refined strategies designed for trading the USD/JPY as well as a variety of other instruments.