Cashing in on USD/CAD - Forex News by FX Leaders

Cashing in on USD/CAD

Yesterday we opened a sell forex signal in USD/CAD. The chart setup looked pretty much in favour of the sellers. The trend had been bearish for weeks and the stochastic indicator was almost overbought. This meant that the retrace higher was complete.

But besides that, the price was trading just below 20 SMA (grey). It stalled at that moving average, so it was providing some sort of resistance. It had provided resistance before during the downtrend and it looked like it was doing the same job yesterday. 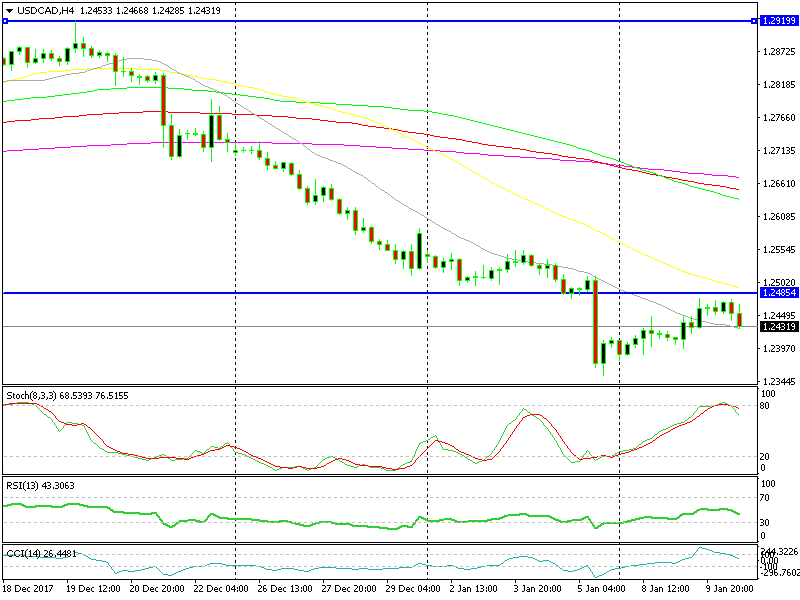 Well, that moving average has turned into an obstacle for us today.  The price broke above it yesterday, but the next moving average came into play. The 50 SMA (yellow) is standing above today’s highs, so the buyers have taken notice of it.

The H4 chart became severely overbought today and the price started to reverse a while ago. We got some help from the Chinese though, who would have thought. They announced that they would slow down in buying US bonds, so the US Dollar is losing the ground beneath its feet.

We opened another sell forex signal in USD/CA a while ago and closed it manually for around 20 pips. The first USD/CAD signal is in profit as well now while our AUD/USD signal is heading for take profit, so it is all looking pretty good.