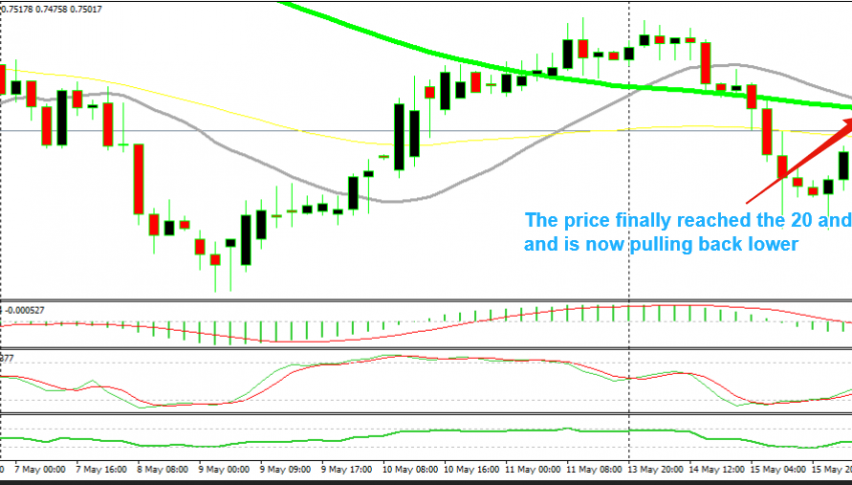 Today in the morning we opened a sell forex signal in NZD/USD. We said that we would open another signal in AUD/USD and we did a while ago. I mentioned this forex pair in the midday brief around 5 hours ago, so it took us some time, but we can’t do anything about it.

You don’t just open trades because you want to trade. You open trades when the price gets to important levels and the chart setup tells you that the trend is going to change. That’s the reason why we didn’t sell AUD/USD when we sold NZD/USD. We waited for the chart to tell us just that which it did. Now, let’s have a look at what the charts look like.

As you can see from the H4 chart above, the price reached the 100 SMA (green) and the 20 SMA (grey). We were waiting for the price to reach those two moving averages since they have provided resistance before, particularly the 100 SMA. The stochastic indicator is nearly overbought, which means that the pullback is almost complete. So, this chart is setting up for a reversal.

The pullback seems complete on the H1 chart too