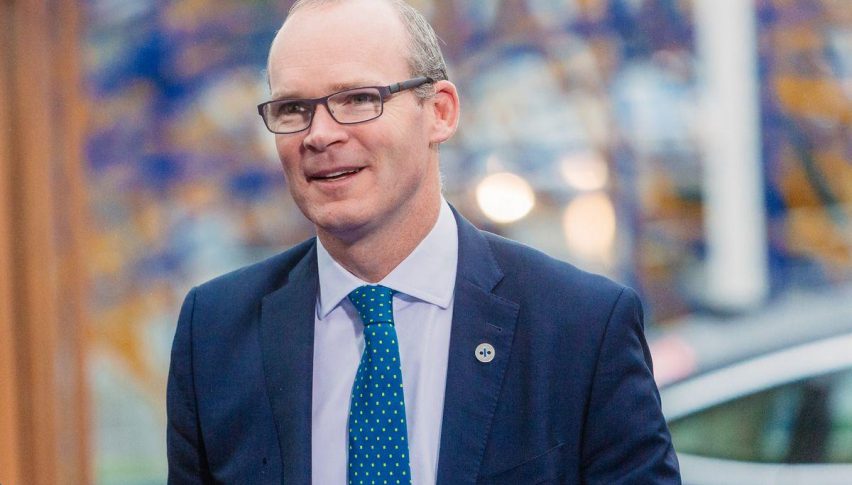 Yesterday, the markets took a moment to breathe as the sentiment improved a little. The safe haven currencies lost some of the gains they had made over the last few days and risk currencies stopped the decline. But the serenity didn’t last long and today the markets are back in panic. The Italian government chose a new head of the Senate Finance Committee. To be honest, I don’t exactly know what this post means since it is not the finance minister post, but the markets don’t like that one bit because Alberto Bagnai who took the post is a Euro skeptic.

He has said previously that the Euro was an economic monster and that’s why the markets don’t like him. I don’t know if he still keep that view but financial markets don’t forget that easily. So, the stocks and risk currencies are sliding today.

The situation with OPEC+ countries is still intriguing today. Countries that want to increase production such as Saudi Arabia are giving some positive comments, saying that the other countries that don’t want to increase the oil output such as Iran will accept the deal; Iran on the other hand still refuses to agree. The Bank of England (BOE) kept rates and the policy unchanged but the GBP is surging on some hawkish/less dovish comments.

New Italian Official – Alberto Bagnai was chosen as the head of Senate Finance Committee today. He is a Euro skeptic and that he has been chosen by a government that said Italy should leave the Eurozone a few months ago rings some bells among the investors. So, the market sentiment took another hit today.

OPEC Meeting – Saudi Arabia wants to increase the crude Oil output by 1 million barrels which is more than the 300k-800k increase that was estimated at the beginning of the week and the OPEC secretariat is backing that. Some rumours imply that Iran might fall in line if an agreement is reached, but Iran officials are against any increase in the output. Many mixed and confusing messages have sent Oil sliding lower.

SNB Leaves Rates on Hold – The Swiss National Bank left the interest rates and monetary policy unchanged. But, the comments from President Jordan sounded hawkish and the CHF is climbing. He said that rate differences with the Eurozone are important, which means that the SNB will only hike when the ECB hikes, in more than a year’s time.

Less Dovish BOE – The Bank of England left interest rates unchanged as anticipated, but the members who are in favour of a rate hike increased to 3 from 2 previously. The statement also was a bit less dovish. I would say hawkish but with Brexit going as it is going, I don’t think the BOE can get hawkish at this moment.

Brexit – The Irish Foreign Minister said earlier today that there will be no border between North Ireland and the Republic of Ireland. He said that the UK has been negotiating with itselfon Brexit. That comment cracked me up because it is the ultimate truth. This whole Brexit thing from the beginning has looked to me more like an inner dialogue in the UK than anything else.

US Commerce Secretary – Wilbur Ross is on the wires saying that “the ultimate objective for Trump is to remove trade barriers and tariffs”. Well, he is going the opposite direction pretty fast so these comments sound very contradictory to what we are seeing. He is making some more funny comments but I will post them on the next update where I will explain them more in detail.

Central Bankers Speak – Today we have the RBA governor Lowe, the BOJ governor Kuroda, the ECB president Draghi and the FED chairman Powell speaking in Lisbon at the conference. As I mentioned above, we don’t know if they will touch the monetary policy because the forum is on central banking in general. But I heard today that the ECB is really worried about the trade war, so they might touch this subject instead.

Philly FED Manufacturing Index – The manufacturing index was expected at 28.9 points, down from around 34 points last month. It missed expectations, coming at 19.9 points. The manufacturers’ expectations have dived, so is the trade war really worth or is it hurting the business? Pretty simple answer, no?

BOE Carney Speaks – The Bank of England Governor Mark Carney is expected to speak in the evening today. He should have held a press conference after the BOE meeting, but instead he’s speaking in the afternoon. Well, we will see what he has to say after the slightly positive comments that we saw on the statement. If he sound hawkish too, then I expect a second wave of buying for the GBP. 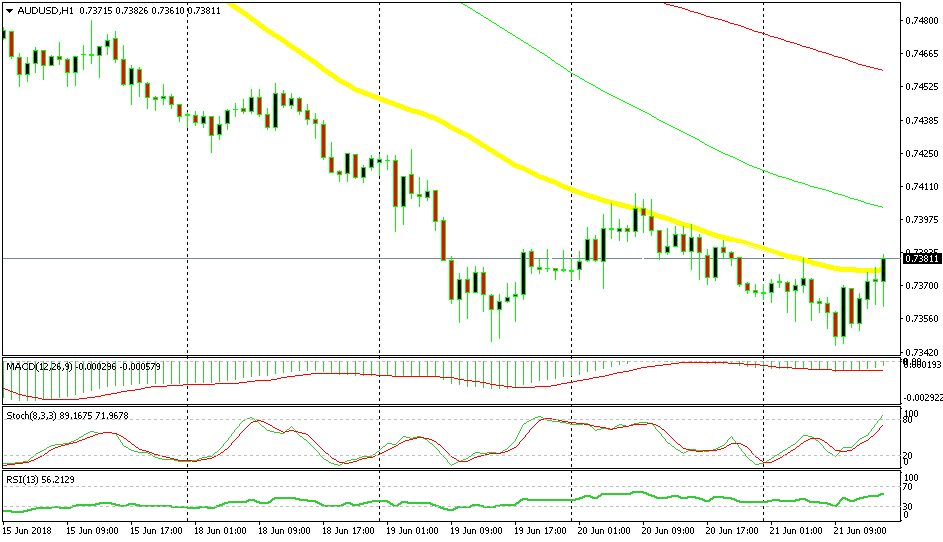 AUD/USD is above the 50 SMA now

We went short on AUD/USD a while ago. This pair was retracing up and it found resistance at the 50 SMA (yellow). The previous H1 candlestick formed a doji which is a reversing signal. Pullbacks on such trends are a good opportunity to sell. Although, the price has just jumped above the 50 SMA at the moment.

So, the market sentiment has been dovish today but the risk currencies have just popped higher. USD/JPY is stumbling, so this is not a reverse in the sentiment. We have two sell forex signals in NZD/USD and AUD/USD, so I will have a look around to see what happens.

Nothing Can Keep Oil Down, As $100 Turns into Support for US WTI Crude
2 weeks ago