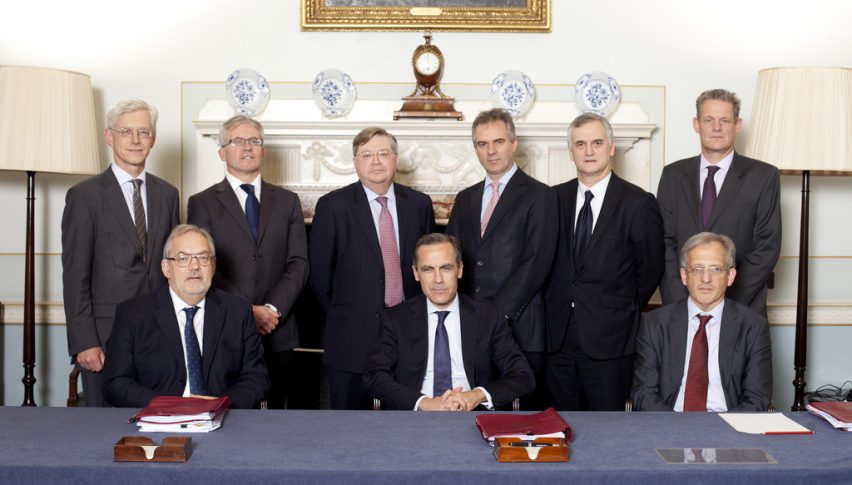 There are three doves at the BOE, soon there will be just 2 left.

Financial markets have been pretty quiet today. The sentiment has improved a little or at least is not negative anymore. As a result, the price action has been pretty slow. The US Dollar has been receiving some weak bids as the sentiment improves while stocks are on the climb. Albeit, the climb in indices seems pretty weak as well.

The most action came from GBP pairs today. A couple of Bank of England (BOE) members were on the wires earlier on speaking about the monetary policy. The current member McCafferty delivered some hawkish comments about interest rate hikes. But, that was not a surprise knowing that he is a hawk and voted to hike interest rates last week. The market was caught by surprise by the outside member Haskel who will be replacing McCafferty in a few months. Haskel’s comments were the opposite of what we heard from McCafferty and the GBP lost nearly 100 pips.

UK High Street Lending – The UK mortgage financing by UK High Street Banks was expected at 38.15k, but came at 39.24k, which means that 39.240 mortgages were lent this month. This is one of the few good news from the UK although it is a minor data point.

BOE’s McCafferty – The leaving BOE member said earlier that waiting too long to raise interest rates creates a bigger shock and that the central bank shouldn’t wait too long to hike rates. These are hawkish comments but the market is aware he is a hawk and he is leaving in a few months after all.

BOE’s Haskel – Haskel said that the BOE has room to cut rates if the economy deteriorates further. There’s much more slack to the UK economy which could weaken it and strengthen the case for a rate cut. These words came as a surprise and the GBP entered a bearish phase.

EU Trade Commissioner Malmstrom – Cecilia Malmstrom commented on the trade war today. She said that the EU can’t remove tariffs unilaterally. Well, the EU is not just one country. She also said that there have been no talks with the US, but the US knows there are consequences to Trump’s tariffs. So, no compromise, just war.

Philly FED Non-Manufacturing Index – This index stood at 45.3 points previously while this time it declined to 39.1 points. New orders decline as well, but employment and wages rose considerably. A mixed report overall.

US S&P Case-Shiller House Price Index – The house price index has seen a positive trend in the last three months, beating expectations. Today, this index was expected at 6.9% but came at 6.6%. This is the first miss so we have to wait until next month in order to see if the positive trend is shifting.

Trump Threatens Harley&Davidson – The EU and China retaliate on Trump’s tariffs. The EU is targeting Harley-Davidson motorcycles and apparently the company is planning to relocate one of its production sites. I don’t know where because I haven’t heard anything but Trump just posted a tweet saying that if Harley-Davidson moves, then they will be taxed like never before. Trade war escalating.

Tariffs on EU Cars – Another early tweet from Trump saying that “they” are finishing a study on tariffs for cars coming from the EU. That would be the next big mistake from Trump in my opinion since it will trigger more retaliation from the EU. Harley-Davidson is already thinking about leaving the US. 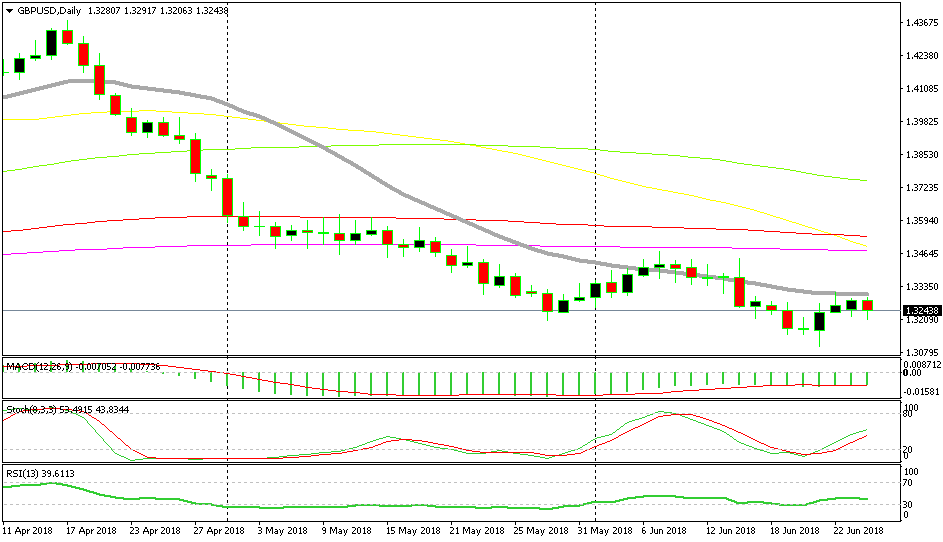 The 50 SMA is still pushing the price lower

Earlier on, I posted an update about AUD/USD. It was stuck between two moving averages on the H1 chart. Now, the moving average at the bottom has been broken so it seems that the sellers have taken control. The main turn is bearish and the retrace of the last few days seems complete. For these reasons, we have a bearish bias towards AUD/USD at the moment.

It seems like the trade war is only escalating. Trump is placing more tariffs on foreign goods and it’s only reasonable to think that the rest of the world will retaliate even more. This doesn’t look good. I’m worried that another global crisis will follow and then many Americans will be out of work since Trump and the US don’t care about the rest of the world. The global economy is still weak so I see another crisis on the horizon.

U.S. Stocks Tank As Uncertainty Rules The Day
12 hours ago
USD Extends Gains After Kaplan's Comments of Higher Rates
The FED is hinting at hiking rates if unemployment keeps falling
14 hours ago
Comments