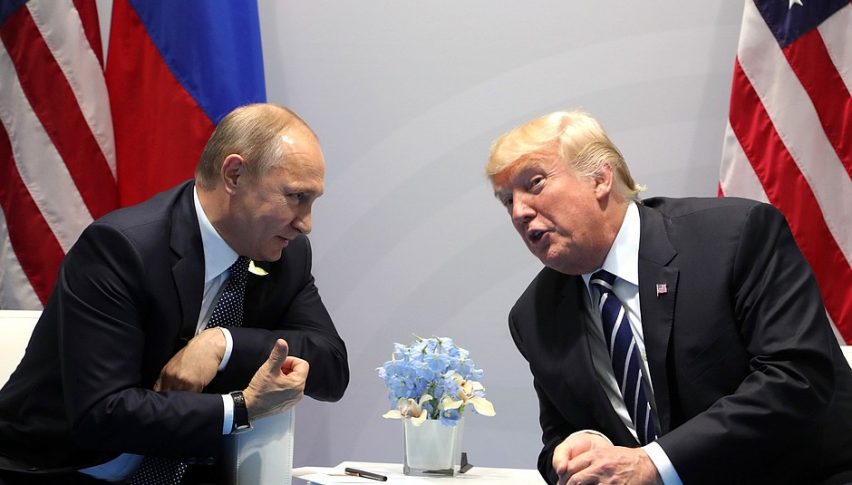 The USD traded in an uptrend for most of last week. The USD index tried to break the topside resistance at 95 points but failed to do so and the buyers threw in the towel. That lead to a bearish reversal that day and it turned into an ugly picture for the Buck. That sort of price action is continuing today as well. The Buck is on the backfoot again with all major currencies advancing against it.

Risk currencies are advancing but so are the safe-havens, so this is mostly a USD driven market today. The economic data has been very light in the European session, therefore the forex market has been slow, although the US retail sales report which will be published soon will likely shake the markets. By the way, Donald Trump called the EU a foe over the weekend, so we can only imagine what’s coming up next.

Eurozone Trade Balance – The Eurozone trade balance missed expectations today. This is the first time that the trade surplus falls below $17 billion and the trend this year doesn’t look too promising, so perhaps Trump’s trade war is already having its effects.

EU’s Tusk Warns Trump – EU’s Donald Tusk warned Trump this morning that trade wars can lead to hot conflict. He said that Trump should help reform the world rather than bring it down and he also called for a reformation of the World Trade Organization WTO. That and a few other organizations need reforming big time in my opinion and I have mentioned it a few times before.

EU-China Statement on WTO – The EU and China are meeting in Beijing. They are committed to reform the WTO and they signed an exchange of market access for investment. If Trump wants to close the US for business to the rest of the world, then the rest of the world will carry on doing business without the US and that will weigh on the US citizens in a couple of years.

Italy’s Salvini Strikes Again – The Italian Deputy Prime Minister Salvini repeated again that “the Euro was an experiment that begun ugly”. But, he also repeated that Italy has no plans on exiting the Euro. Before him, we heard another Italian official saying that the EU should allow Italy to increase infrastructure spending, so Salvini is trying to force the EU to drop the budget rules. In my opinion, Italy should increase investment which will help give the economy a boost.

US Retail Sales – The US retail sales beat expectations which were for a 0.4% increase. They grew by 0.5% in June. Although, the best part of this report was the revision of the previous figures. They were revised from 0.8% to 1.3%.

US Core Retail Sales – Core retail sales which strip out auto sales, came as expected at 0.4%. But again, the previous numbers were revised 0.5% higher.

Iran heading for the Courts – The Foreign Minister of Iran tweeted today that they have filed a complaint with one of the international courts and that they will push on this direction regarding the breakup of the nuclear deal and the sanctions from the US. It’s not that Trump really cares about it, but it might give some backup to European countries and China to continue doing business with Iran.

Bitcoin Jumps on BlackRock Rumours – Bitcoin has claimed more than $300 today and the main reason is that the giant hedge/investment fund Blackrock is interested in Bitcoin and other cryptos. They have formed a team to evaluate Bitcoin, so it seems as they will start investing in cryptocurrencies soon. 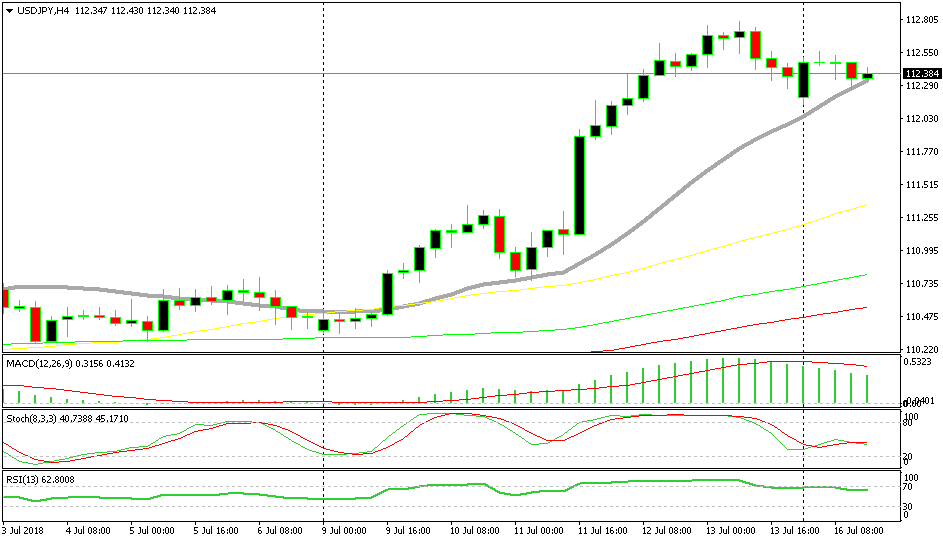 The 20 SMA is keeping sellers in check

We went long on USD/JPY last Friday as this pair was retracing lower after a strong uptrend which lasted all week. The price continued to slip lower but it stopped before the markets closed. Today, the 20 SMA (grey) has caught up with the price on the H4 chart and it is providing solid support to this pair. If you switch to the H1 chart, you can see that USD/JPY is oversold there as the stochastic indicator shows. So, the bias for this pair remains bullish for us.

Trump is meeting with Putin in Helsinki today. They were supposed to meet for 90 minutes but the meeting is past two hours now. Well, it seems like the two old friends are catching up on past times now. We will see/hear what they have talked about, but one thing is for sure, they both hate the EU so mocking Europe is surely one of their main topics. 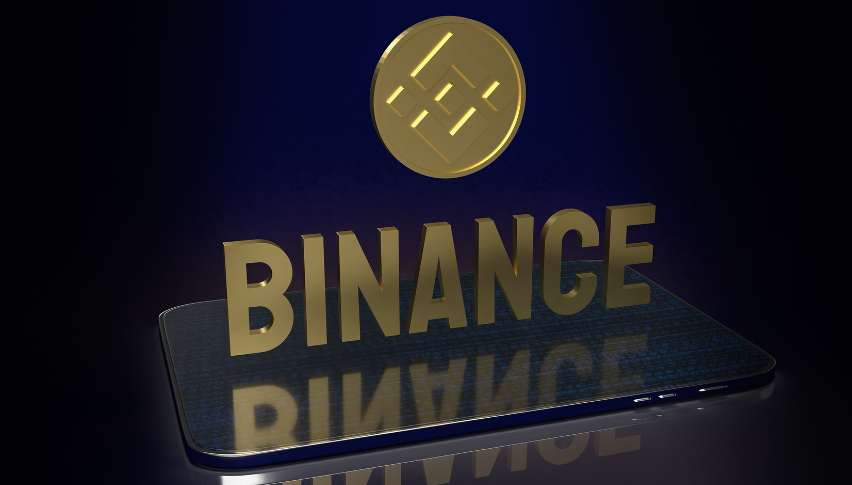