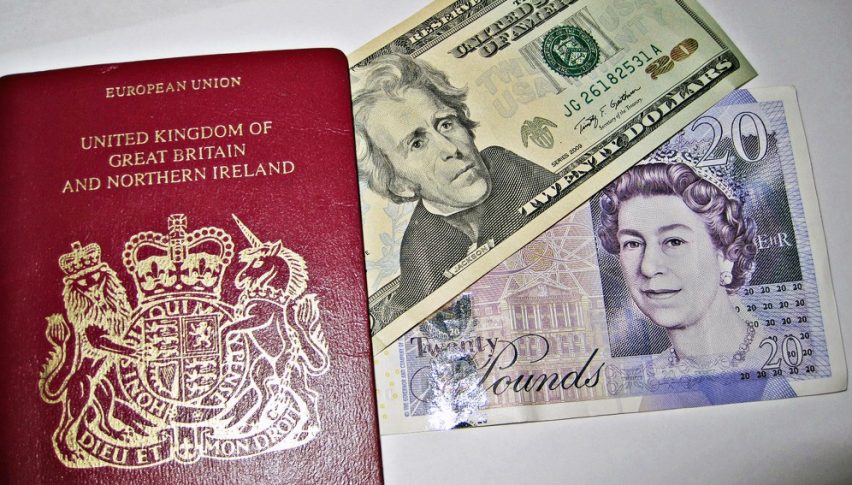 The GBP and the British passport are both losing value

The economic calendar has been pretty light today apart from the UK retail sales which came out negative. That sent GBP/USD tumbling lower, although most of that move came from the USD side. The Dollar bulls are back in charge today after playing dead in the last few trading sessions. The Euro and the GBP were down against the Buck yesterday and the slide continued further today.

The commodity Dollars and safe-haven currencies were on a bullish run yesterday making some considerable gains, but they are all down today as the USD pushes higher in what seems as the next leg of the major uptrend. China is back commenting on the trade war that the US has opened and it is putting the blame back on the US as it should be. Although, the markets didn’t react on the comments like it did yesterday when they went through a mini phase of panic.

Japan Machinery Tool Orders – The machinery tool orders grew by 11.4% in japan on a yearly basis. It looks like much but the trend has been bearish since the beginning of the year when the growth stood at 50%.

China Is Getting Vocal Again – After keeping quiet for a long time, China is now retaliating with comments. They said today that it is clear who is on the wrong side. China has done everything to avoid trade war escalation and the flip flop of the US is well known. They also said that Kudlow’s accusations that China is holding things up is shocking. At least, the Chinese are being honest.

UK Retail Sales – The UK retail sales declined by 0.5% month-on-month. Core retail sales which strip out fuel and auto sales fell by 0.6% while the yearly numbers were revised lower too. Not good news for PM May and the Bank of England which is planning to hike interest rates in August.

EU Says US Tariffs on Cars Would be Disastrous – The European Trade Commissioner Malmstrom said that dividing the EU and the US would weaken both and that the EU is preparing a list of countermeasures if the US places tariffs on European cars.

Brexit White Paper Detailed but Unclear – EU officials said that the Whitepaper is unclear and that the EU is negotiating a divorce deal, not just the whitepaper. They also said that Article 50 might be postponed. Well, this is increasingly looking like the most probable option as everything about Brexit keeps failing.

May’s Spokesperson Is Confident – The spokesperson for the UK Government said that progress has been made in negotiations with the EU, which suggests that there won’t be a no-deal Brexit. These are just words to calm May’s supporters, I think.

More on this topic
The GBP and the

US Philly FED Manufacturing Index – This manufacturing index was expected at 21.6 points but came at 25.7 points, up from 19.9 points last month. Last month’s number was worrisome because this indicator took a dive from where it has been all this year, but it is back on trend now.

CB Leading Index – This index includes a number of economic indicators such as housing, consumer confidence, new factory orders, employment etc. It is expected at 0.4% this month, up from 0.2% previously but perhaps we will see another positive surprise today from the US. 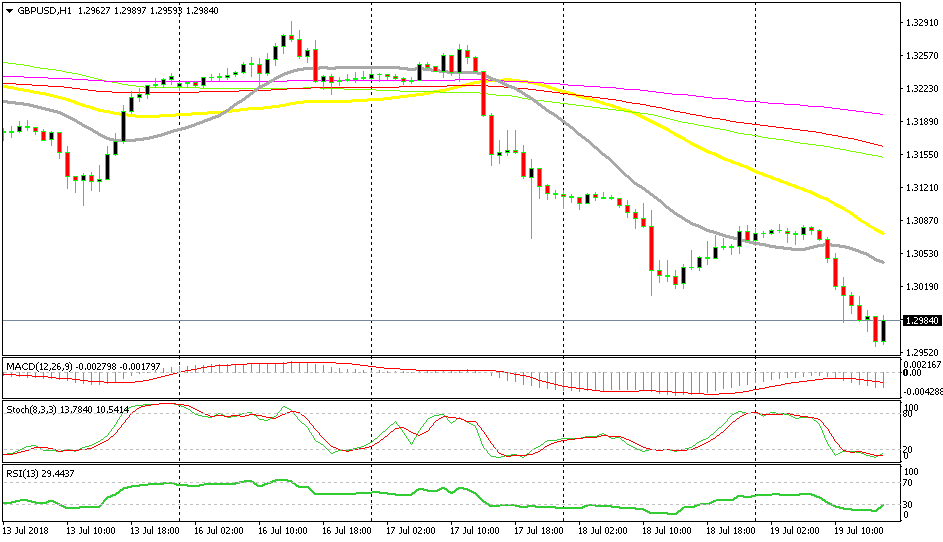 The moving averages look like good places to sell GBP/USD

I would have liked to sell GBP/USD when it was retracing higher but the reverse came early in the morning so I missed the chance. This pair is on a strong bearish trend on the bigger timeframe charts and this week the bearish trend has picked up even more pace. The previous low at 1.3050 has been broken and the big round level at 1.30 has alao been broken today. Although, I don’t like to get in right in the middle of a trend, so I will wait for a pullback higher before shooting. A good place would be either at the 20 MA or the 50 SMA, but they have to catch up with the price first.

I just heard that some Euribor traders were sentenced to more than five years in prison each. They were convicted for trade rigging. So, if any of you guys are thinking of doing some rigging, then think twice. But, we don’t need rigging since we are doing pretty well with forex signals.