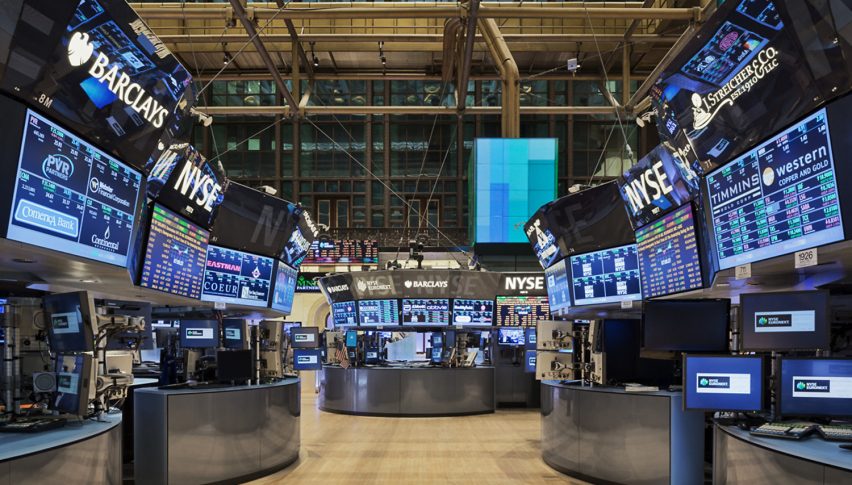 Forex Signals US Session Brief, September 25 – The USD Continues the Downtrend on A Quiet European Session

Trading floors are quiet ahead of the big day tomorrow

Earlier today we heard the ECB economist Peter Praet trying to talk down Draghi’s hawkish comments from yesterday. If you remember yesterday, the ECB president Mario Draghi sounded pretty upbeat about the economic growth, job growth and to some extent, on inflation as well. The Euro jumped around 50 pips higher which the ECB doesn’t like much. SO, we have Praet today saying that Draghi’s comments are not something new. Nonetheless, the Euro is still on the bullish run after a small tumble on those comments. Overall, it has been a quiet session without major moves, but there has been some nice action.

German Wholesale Price Index – The wholesale price index fell flat at 0% points last month which was a bit worrying, but it was reversed higher to 1% today. This month was expected at 0.2% but wholesale prices rose by 0.3%, so inflation is back on track in Germany.

US-Japan Rate Differentials Should Send USD/JPY Higher Says Kuroda – The head of the Bank of Japan Kuroda said that the difference in interest rates between the FED and the BOJ would lead to the USD to increase against the JPY: Japan still holds interest rates at -0.10%. We know Kuroda would love a weak JPY but that is just not going to happen, despite rate differences.

Praet Trying to Calm Euro Buyers – The ECB economist Praet said today that the pickup in economic growth needs further accommodation, meaning no rate hikes in sight and the increase in wages is still moderate. He added that it will take time for wages to impact inflation. Well, he is seeing the glass half empty, as opposed to Mario Draghi who was seeing it half full yesterday, but the market trusts Draghi more than Praet and the Euro continues to be bullish.

BOE’s Vlieghe Wants More Rate Hikes – The Bank of England board member Vlieghe said today that according to his economic projections, the BOE should increase interest rates 1-2 times a year. If there is no Brexit deal, I think that we won’t see any rate hikes from the BOE in quite some time.

No Meeting Between Trump and Rouhani – US President Donald Trump tweeted that he is not going to meet with the Iranian president Rouhani. Oil prices continue to be bullish today and USD/CAD is turning bearish.

More Tariffs From the US If China Retaliates – The director of the US National Trade Council Peter Navarro said today that the US will add more tariffs on Chinese products if China retaliates on the $200 billion US tariffs. China has placed tariffs on $60 billion worth of US goods, but might fight its battle on other grounds, as I explained over the weekend.

Canada Might Join US-Mexico Deal – A NAFTA deal between US, Mexico and Canada seems far as Canada and the US don’t meet in the middle, but the US is completing a deal with Mexico and Canadian PM Justin Trudeau said that Canada might build on on that deal. I’m not exactly sure what he means but it is slightly positive for the CAD.

Philly FED Manufacturing Index – This manufacturing index fell from 41.7 points to 37.4. New orders came lower as well but other components such as wages, employment and firm level activity rose, so it is a mixed report overall.

US FHFA House Price Index – The growth in the house price index was pretty weak in May and June, increasing by only 0.1%. But, the growth increased to 0.2% in the following months including in today’s report.

US Consumer Confidence – The consumer confidence is expected to cool off slightly in the US to 132.2 points from 133.4 points last month. Increasing interest rates doesn’t really help the consumer confidence since it makes borrowing from loans and credit cards more expensive and the FED is expected to hike interest rates tomorrow. But first, let’s see today’s number if it will show any weakness in the confidence of the US consumer.

UN Meeting – The UN meeting started yesterday and it will last all week. We heard some rumours that Donald Trump might pull the US out of some previous agreements which might shake the forex market, but I don’t know when Trump is going to speak so we have to keep an eye on that meeting. 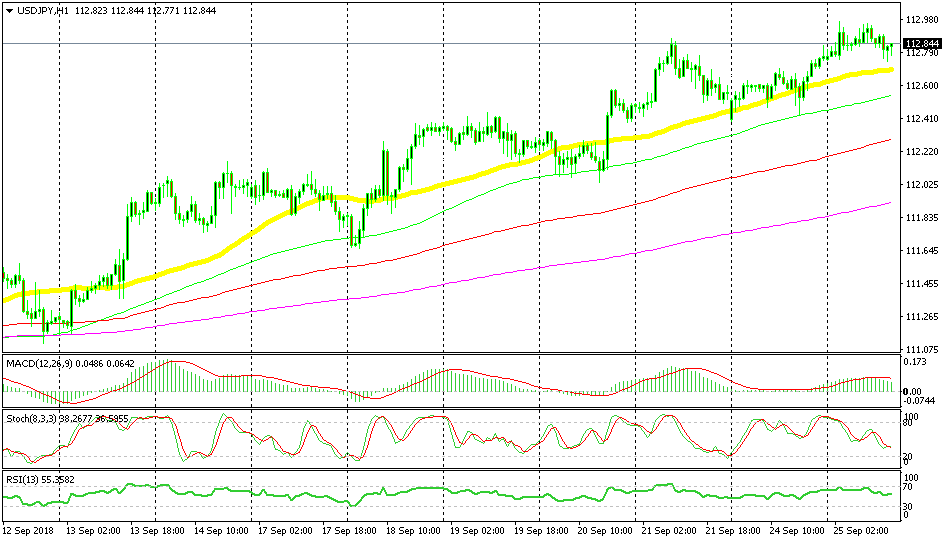 We didn’t open a forex signal in USD/JPY since we have quite a few open at the moment. But if we were to open a trade in this pair, we would go long on it because the trend is bullish and the price is making new highs. The retrace down is nearly complete since stochastic is almost oversold and the previous candlestick closed as a doji which is a bullish reversal signal after the retrace. The 50 SMA also provided support even though the price didn’t touch it.

The price action has been getting pretty slow in the last few hours but the US consumer confidence report is about to get released soon, which might make things a bit more interesting during the US session. So, we are posting this update now and will concentrate on the economic calendar until that report has been published.

USD/JPY Flirting With the 50 SMA, As Safe Havens Decline
2 days ago
Comments