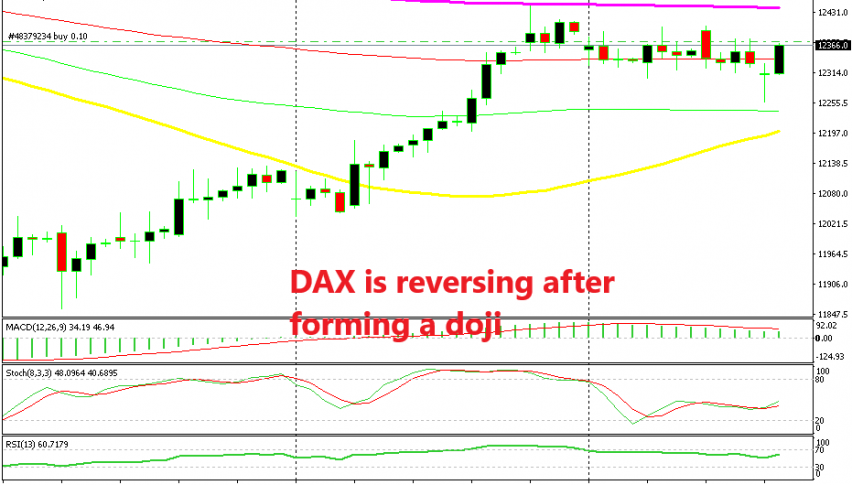 Indices Trying to Recuperate After the Dive Following FED’s Meeting

Yesterday the USD turned slightly bullish after the FED hiked interest rates. The only other currency which turned even more bullish was the Japanese Yen which received some decent bids since the market was left a bit confused regarding the pace of the future rate hikes from the FED.

But right now indexes are trying to recuperate all losses. They bottomed out a few hours ago and started a reverse as the USD reversed a bit lower as well during the European session.

I was thinking about buying DAX this morning, but it pierced the 200 SMA which has been providing support during this week on the daily chart. Although, as you can see, DAX is forming a bullish reversing chart setup. It formed a doji candlestick on the H4 chart and the current candlestick looks pretty bullish.

Now DAX is headed for the top of the range. The top of the range is defined by the 200 SMA (purple) which has been a strong resistance indicator for about a week. We can’t go long right now since the risk/reward ratio is not very enticing, so it seems that we have missed this chance.

Well, there are plenty of opportunities in forex, so please follow us for trade ideas and forex signals.