Forex Signals US Session Brief, October 5 – Markets in Limbo as the US Employment and Earnings Report Approaches - Forex News by FX Leaders 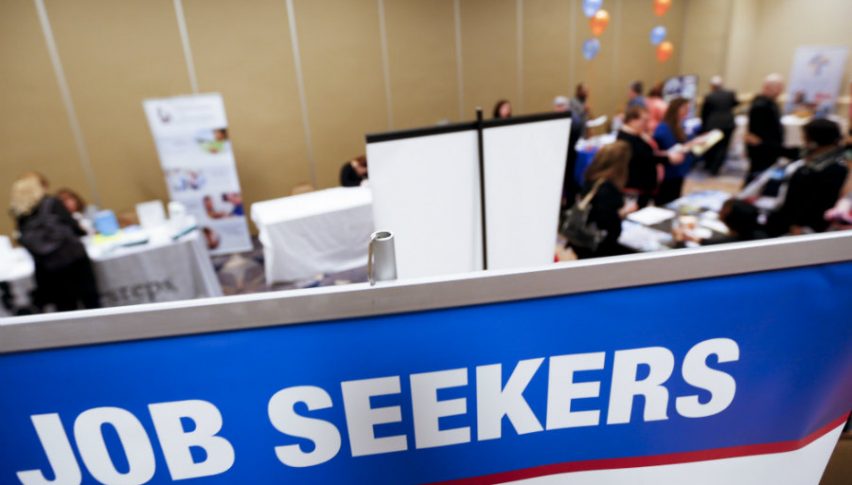 Forex Signals US Session Brief, October 5 – Markets in Limbo as the US Employment and Earnings Report Approaches

The markets continue to be a bit hungover from yesterday. Italian budget worries sent shivers through financial markets once again yesterday as collisions between Italian politicians and EU officials intensified. We are hearing similar comments today. The Italian deputy PM Mateo Salvini said that Juncker and Moscovici are ruining the EU, which are pretty harsh words. On the other hand, it is getting increasingly obvious that the EU won’t approve Italy’s budget for 2019.

As a result, the stock markets continue to slide lower today with European stock markets breaking below yesterday’s lows. The forex market, on the other hand, is waiting for the US employment and earnings report to be published before taking a direction.

The GBP is the only major currency to make a decent move during the European session worth 50 pips. The other forex pairs have been trading in very tight ranges, but they should break the range when the US economic data comes out. Well, the economic data has been released which was sort of mixed, so the market is still uncertain, but at least it is moving.

German Factory Orders – German factory orders have been declining in the last four out of five months. They were expected to increase by 0.7% this month, but they jumped 2.0% higher. That is a great number and hopefully this will be the beginning of the pickup for the European economy.

UK Halifax HPI – Last month’s Halifax house price index was revised lower from 0.1% to -0.2%. This month they were expected to increase by 0.2% but instead fell by 1.4%, which is nother negative sign related to Brexit, although it is good for the ordinary Brit.

German Construction PMI – This indicator fell to 50.2 points which is almost flat, from 51.5 points previously. It shows that the growth of Eurozone economy continues to remain soft throughout the continent.

Brexit Divorce Bill Very Close – There were rumours published in Reuters this morning from an unnamed EU official saying that a deal is very close. GBP/USD jumped 50 p pips higher, but we have gotten used to such comments now so the market ignored it after the initial jump.

No Government Reshuffle in Italy – Di Maio commented this morning that he doesn’t understand why the EU should reject Italy’s budget for next year. He added that the Economy Minister Giovanni Tria is doing very well.

Juncker and Moscovici Have Ruined Europe – Italian Deputy Prime Minister Salvini said earlier on that Italy is trying to change Europe from within unlike the Brits but EU officials are ruining it. He hopes that the 2019 elections for the European parliament should change that. I think that we might see a wave of right wing and unconventional political parties in the European parliament next year, from what I have seen or felt.

ISTAT Sees A Weaker Economy in Coming Years in Italy – The Italian statistics office published economic projections and they see the economy slowing down in the coming months, unlike the Italian government which sees the economy picking up in the coming years and reducing the debt to GDP ratio.

Irish Foreign Minister Doesn’t Believe UK – Simon Coveney said a while ago that it is hard to know if the Brexit proposal will work. The Irish have simply heard of concepts on the backstop issue and that talks need to intensify if they want to reach an agreement.

Canadian Unemployment Rate – Unemployment rate increased to 6% last month in Canada from 5.8%. Although it cooled off slightly today to 5.9%, I still feel it is pretty high.

Canadian Employment Change – Jobs fell by 51.6k last month in Canada and they were expected to increase by 25k this month. The actual number came at 63.3k which is more than double and the CAD jumped 30 pips higher on this report.

US Non-Farm Employment Change – New jobs in the non-farm sector were expected to increase by 185k this month, but they fell short at 134k. The USD lost 20 pips on this release, but last month was revised higher to 270k from 201k so the market took some time to digest the revisions.

US Average Hourly Earnings – Average hourly earnings came as expected at 0.3%. Although, last month’s number was revised lower to 0.3% from 0.4% so even this report was a bit mixed.

US Trade Balance – The trade deficit was expected to increase from $50.0 billion to $53.4 billion and it came close to it – the actual number came at $53.2 billion. So long for Donald Trump’s tariffs trying to reduce the deficit. 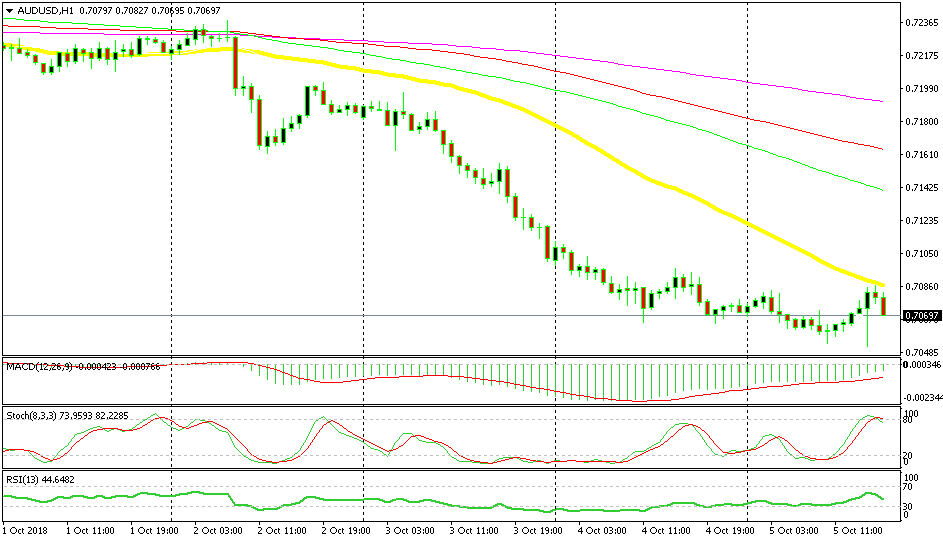 The 50 SMA capped the move higher during the retrace

We just open a signal in AUD/USD. We sold this forex pair during the retrace up once we got confirmation that the retrace was complete. For that we used the stochastic indicator to show us when it was overbought, which meant that AUD/USD was overbought.

That happened at the same time when the 50 SMA was providing solid resistance on the top side. Besides, the previous candlestick formed a doji on the hourly chart which is a reversing signal. Now we are already 10 pips higher with that signal.

The USD completed a retrace down during the European session, helped to some degree by the mixed economic numbers we saw from the US. But it is resuming the uptrend now, so we continue to be bullish on the USD.

The Commodity Currencies Continue to Lead
2 hours ago