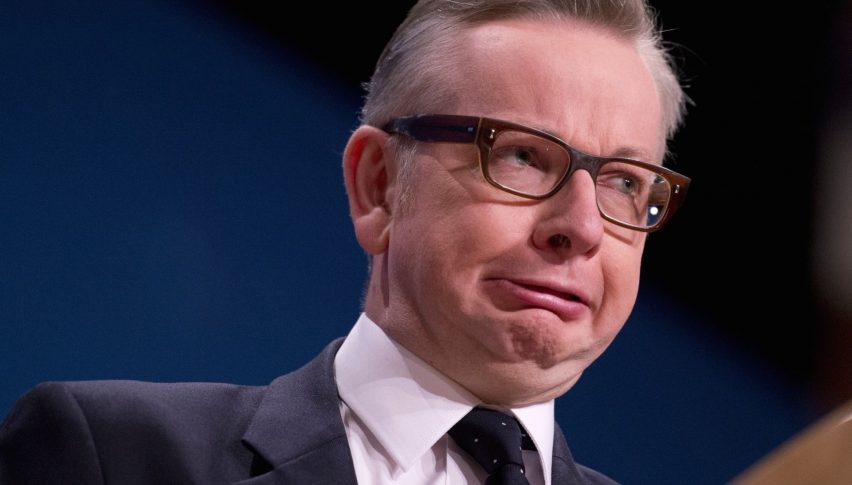 Forex Signals US Session Brief, November 16 – The Market Cautiously Waits for Brexit but the USD Suffers

Looks like Michael Gove will be in charge for Brexit now

Yes, this week has been all about Brexit. But thankfully, this drama is coming to an end, or perhaps not, no one knows for sure. Surely the markets don’t know right now and the price action tells the story. We saw a 100 pip climb in the Euro earlier this week and a 200 pip jump in GBP pairs as news of a Brexit deal started coming out. But yesterday, the GBP dived around 300 pips as rumours about a vote of no-confidence for Theresa May surfaced in British politics.

The Brexit Secretary Dominic Raab and other cabinet members also resigned which turned the sentiment negative in financial markets. In fact, the rumours implied that we were going to see Theresa May go through the UK Parliament yesterday. But apparently, the vote of no-confidence will be held next Tuesday according to Brexiteers. Besides that, the Brexit deal is not sealed yet, as EU and UK officials say, and that has given some support to the GBP today.

The sentiment is still pretty negative in financial markets though, which can be observed from the climb in the JPY and Gold in the last few sessions. Regarding cryptocurrencies, the big decline has ended, so cryptos are safe for now. 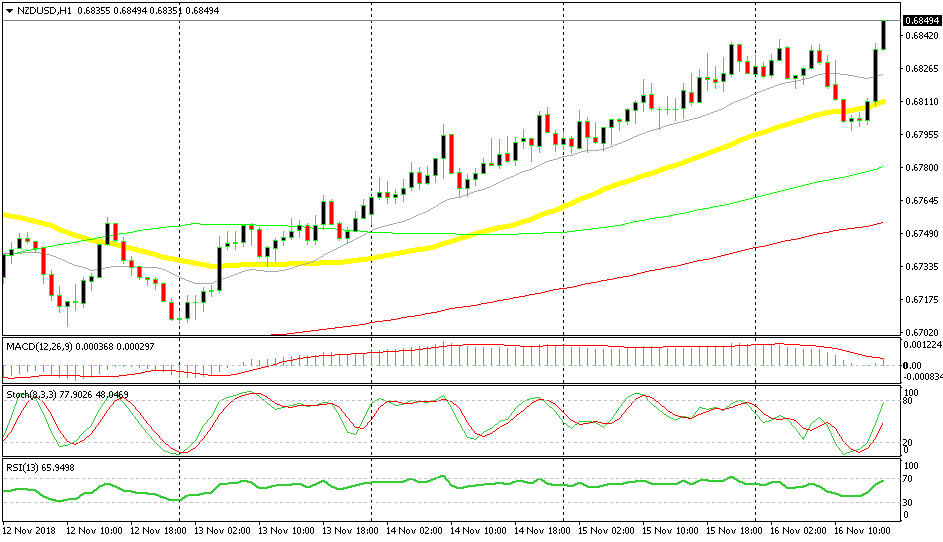 The 50 SMA provided support despite being pierced

NZD/USD has been on a solid uptrend for quite some time. We saw a retrace lower this morning but didn’t get in on a trade because we already went long on AUD/USD.

But that was a great opportunity to buy this pair. The stochastic indicator was oversold, so the retrace was complete and the two doji candlesticks pointed to a possible reversal. The reversal happened quite swiftly and now the buyers are in control on this pair.

The market has been uncertain today, but right now it is leaning against the USD. I don’t see any reason why, but it’s Friday so perhaps traders are closing off some of their long USD positions before the weekend.

By the way, Mario Draghi said that EU countries with a big deficit must be more cautious. That was obviously addressed to Italy. Next week, the EU will take the decision regarding the Italian budget for 2019, so there will be some volatility again in Euro pairs.

Skerdian Meta // Lead Analyst
Skerdian Meta Lead Analyst. Skerdian is a professional Forex trader and a market analyst. He has been actively engaged in market analysis for the past 11 years. Before becoming our head analyst, Skerdian served as a trader and market analyst in Saxo Bank's local branch, Aksioner. Skerdian specialized in experimenting with developing models and hands-on trading. Skerdian has a masters degree in finance and investment.
Related Articles
Economic Recovery Continues in the US, Cautiously
The US economic rebound keeps going despite the unrest
22 mins ago