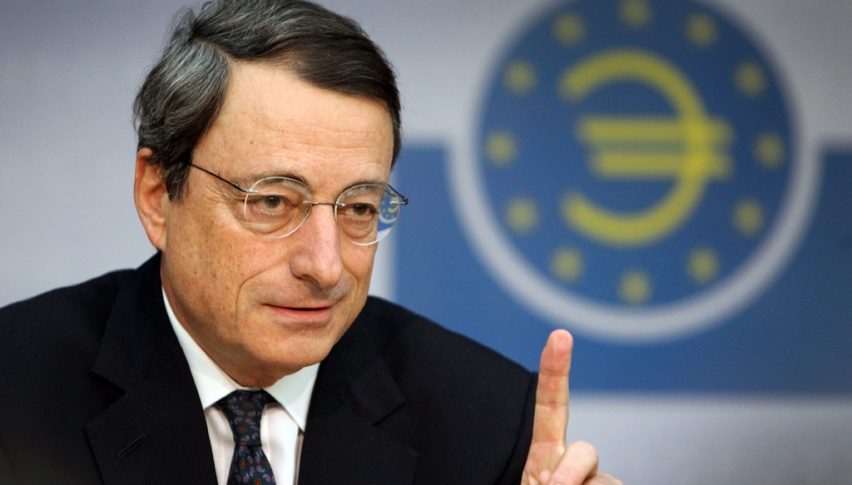 US Session Forex Brief, Jan 23 – Weakening Eurozone Economy and the ECB in Focus

Yes. the Eurozone economy has weakened but wait, it's not our fault

The market sentiment seems to be leaning slightly on the positive side side today once again. Safe havens such as GOLD and the JPY have been losing ground as Gold reversed down from the 100 SMA on the H1 chart which used to provide support until last week. Now it seems to have turned into resistance sending Gold lower, while USD/JPY is heading higher. The GBP is continuing to stretch the recent bullish trend further to the upside as markets get increasingly convinced that there will not be a no-deal Brexit.

The positive sentiment can’t be observed on risk currencies today because there were some development in Australia during the night which has distorted the Aussie. The employment report form Australia released during the Asian session was pretty upbeat as new jobs grew more than expected, while the unemployment rate fell to 5.0% against 5.1% expected. But, the National Australia Bank (not the central bank) increased interest rates joining the others in the major four, which highlight the difficulties that the RBA (central bank) is facing regarding hiking interest rates. This is a long term problem and AUD/USD has lost around 70 pips today. 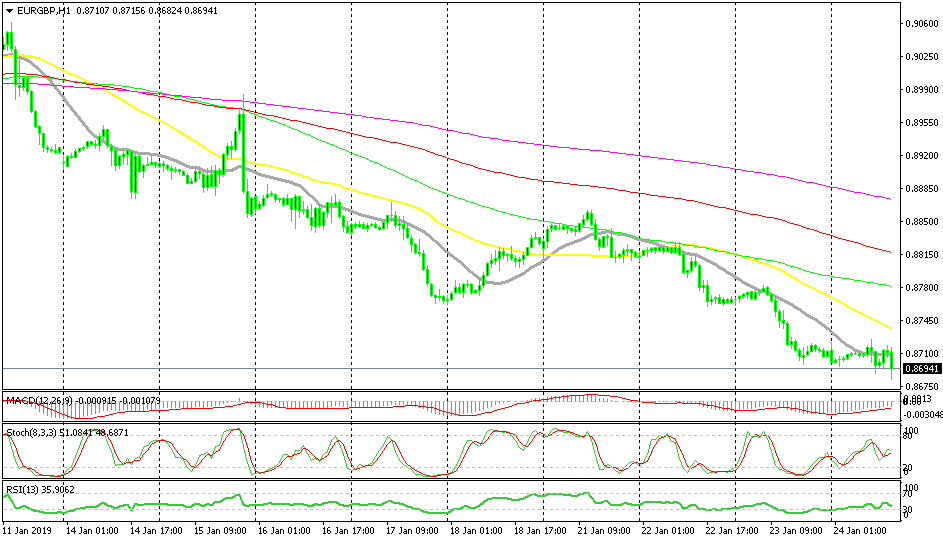 The trend for EUR/GBP has turned bearish two weeks ago after being on a strong bullish trend for two months. It continues to slide lower, picking up pace along the way as the markets get increasingly convinced that the UK will not end up leaving the EU without a deal. We saw a retrace higher earlier during the European session, but the 20 SMA (grey) provided resistance and after a doji candlestick, this pair turned lower again.

The Euro has made a roller-coaster ride on Mario Draghi’s comments in the last 30 minutes. EUR/USD is still crawling higher despite the Eurozone economy heading into contraction/stagnation. Well, the comments from Wilbur Ross in the last hour have hurt the USD somewhat as the Buck declines across the board.