Can the 50 SMA Hold in EUR/CHF? - Forex News by FX Leaders 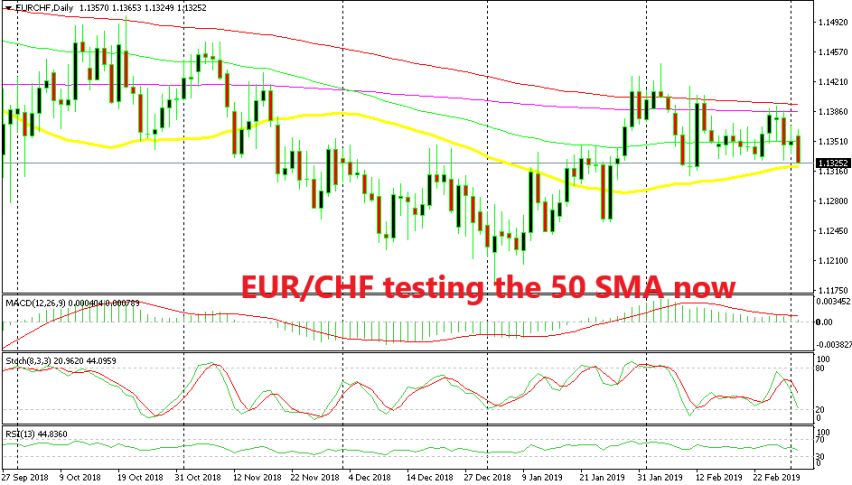 EUR/CHF has been trading between 1.1320s and 1.14 during the entire month of February. We have had a few buying signals which we opened near the bottom of this range around 1.1340s and 1.1450s and they all were closed in profit as this pair bounced higher from the support zone.

In fact, this support zone used to be resistance during December last year, so it has not just appeared out of nothing. Today though we are seeing another attempt at the downside after the price formed a doji candlestick last week below the moving averages on the daily chart.

The price formed a big bearish candlestick on Thursday after the doji and today we see that the buyers are still in control, pushing lower as the Euro slips down while safe havens are more or less unchanged. But now, the 50 SMA (yellow) has caught up with the price on this time-frame.

This moving average has been providing support before in November as you can see and it is likely to turn into support once again now that it has reached the price. Besides that, the stochastic indicator is almost oversold which means that the bearish move is nearly complete. We are long from 1.1340s from last week, so we hope that the 50 SMA holds and reverses the price back up.