US Session Forex Brief, March 28 – US Bulls Back in Charge Despite Weaker US GDP Figures - Forex News by FX Leaders 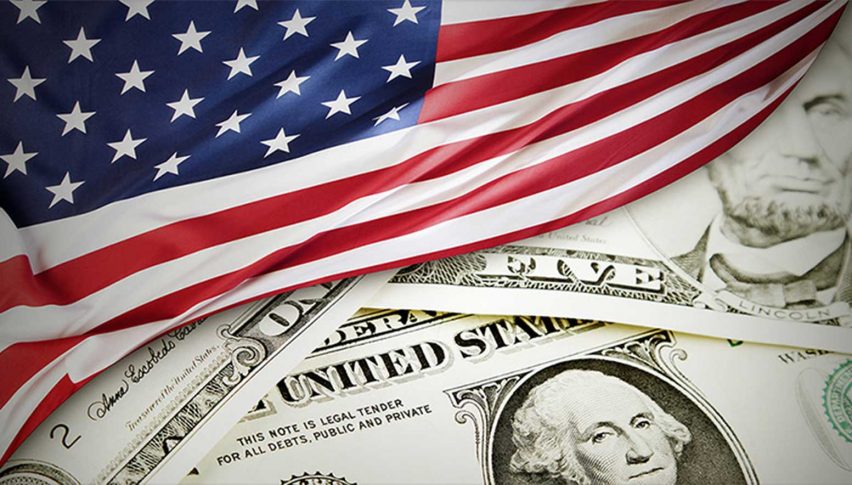 US Session Forex Brief, March 28 – US Bulls Back in Charge Despite Weaker US GDP Figures

The day started today with the ANZ business confidence report being released in New Zealand which showed yet another deterioration. It improved at the end of last year after being massively negative at around -50 points, although it started deteriorating again last month and this month it fell further from -30.9 points to -39 points. Yesterday the Reserve Bank of New Zealand turned dovish after four major central banks did so earlier this month and today’s business confidence report justifies the shift, which turns the big picture quite bearish for the NZD now.

The data during the European session was light with the Eurozone consumer confidence the main release, showing that the situation for the European consumer remains negative at -7.2 points. The Brexit deadlock hasn’t been broken yet despite Theresa May’s offer to resign if the Parliament passes her Brexit deal. That’s the reason for the 200 pip decline in GBP/USD since last night.

That is keeping the Euro subdued as well, and now it is flirting with last year’s lows. The final estimate of the US GDP for Q4 of last year was released a while ago and it showed a decline in growth to 2.2% from 2.6% previously. Nonetheless, the USD is the best performer today as the uncertainty in financial markets continues. All major currencies are down against the Buck today, both risk and safe haven currencies. Stocks have been making some up and down moves, so the situation is not clear there either. 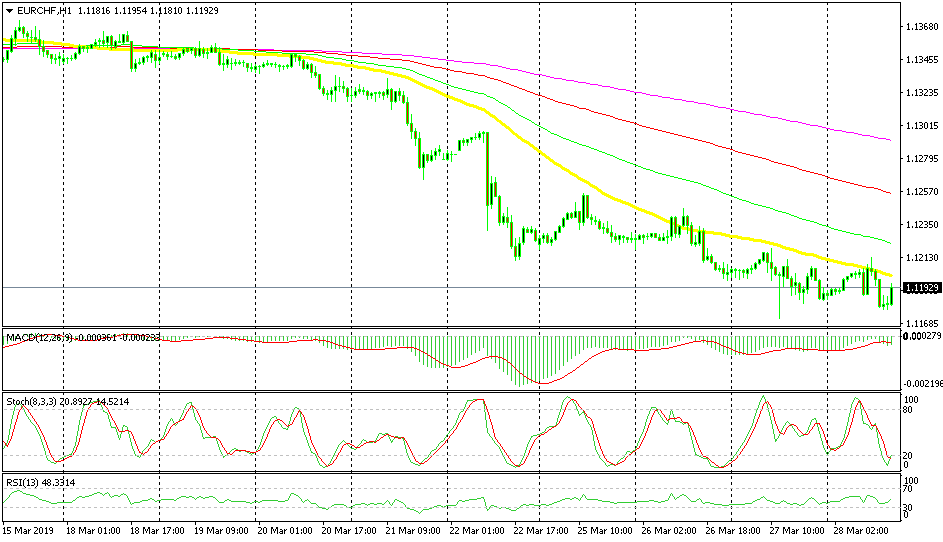 EUR/CHF turned bearish last week as the sentiment turned negative and, as a safe haven, the CHF attracted some strong bids together with the JPY. Since then, the trend has remained bearish and the 50 SMA (yellow) is defining it, as it keeps pushing the price lower. Right now EUR/CHF is retracing higher but the 50 SMA is waiting to provide resistance again, so we are getting ready to go short on this pair.

Oil prices are back to unchanged now after the $1 dive after Donald Trump’s tweet. The Canadian Dollar is benefiting from the bullish reverse in Oil prices and USD/CAD has fallen around 40 pips lower. Stock markets continue their see-saw price action while the sentiment keeps shifting from positive to negative, so these are the market right now.