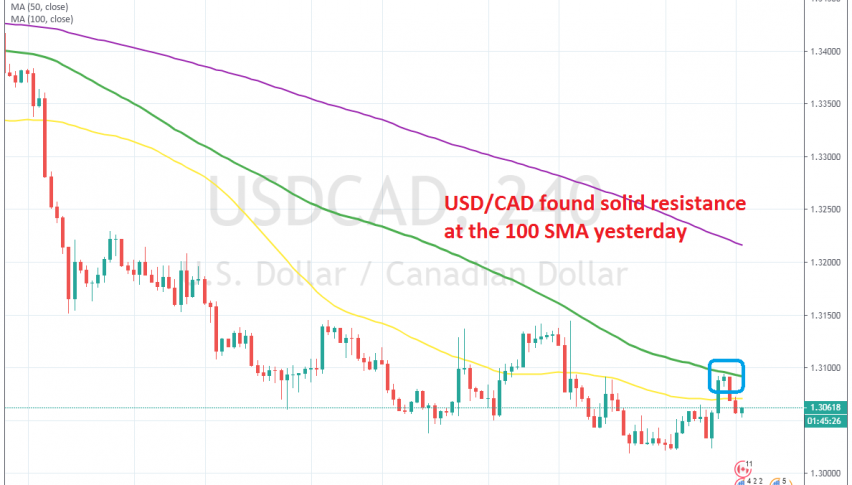 We got some pips out of this reversal yesterday

USD/CAD turned quite bearish in June. It started the month at 1.3550s and fell to 1.3050s by the end of it, which means a 500 pip decline. Although, Crude Oil rebounded from $50 to $60 that month as the tensions between Iran and the US escalated, which helped the CAD, since it is closely correlated to crude Oil prices.

This pair was following the downtrend during most of June without much help from technical indicators, since the trend was pretty strong and moving averages couldn’t keep up with the pace. But in the recent weeks, the 50 SMA (yellow) and the 100 SMA (green) have been providing support, as the trend slowed, which allowed them to catch up with the price.

This week, we saw a retrace higher take place for this pair and the price climbed form 1.3020s, to just below 1.31. But, that’s where the 100 SMA was standing, which provided solid resistance yesterday. The price formed a morning star candlestick below that moving average which is a reversing signal and the price reversed after that.

We got a nice amount of pips on that reversal with the sell signal we opened yesterday in this pair. So, this pair has turned bearish again and it is about to resume the downtrend, but the support at 1.30 has to be broken for the downside to stretch further.