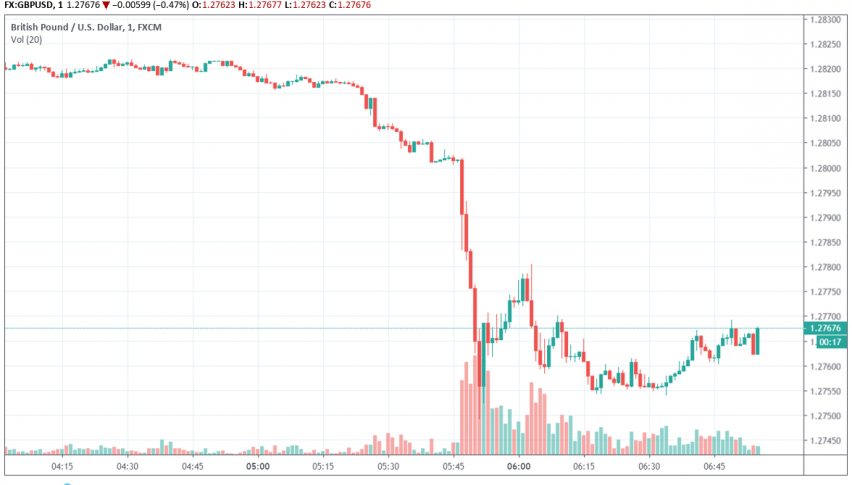 Early on Thursday, the Sterling has slid lower against the US dollar as markets eagerly await confirmation on a Brexit deal at the upcoming EU summit. At the time of writing, GBP/USD is trading around 1.276 after DUP has reportedly rejected the draft of the Brexit deal being worked out between Britain and the EU.

GBP/USD soared above 1.28 on Wednesday over news reports that a key stumbling block in the Brexit dialogue between Britain and the EU had been resolved. Northern Ireland’s leading political party DUP had reportedly accepted the proposed Brexit deal under discussion.

Talks progressed well into Wednesday night but a breakthrough is still not within Johnson’s grasp yet. He does have time till early Thursday, however, to work out a deal before the EU summit begins later in the day. According to an EU official, the talks have made significant progress but have stopped short of finalizing the legal text on Wednesday night.

Meanwhile, some EU officials are still worried that the negotiations will fail to reach a favorable conclusion so close to the deadline, which would possibly force the Union to grant yet another extension on the Brexit deadline. In case a deal does get worked out at the EU summit, Johnson’s next challenge would be to get the UK Parliament to pass it before October 31.

Forex & Commodities Trading Levels to Watch on Wednesday
3 hours ago