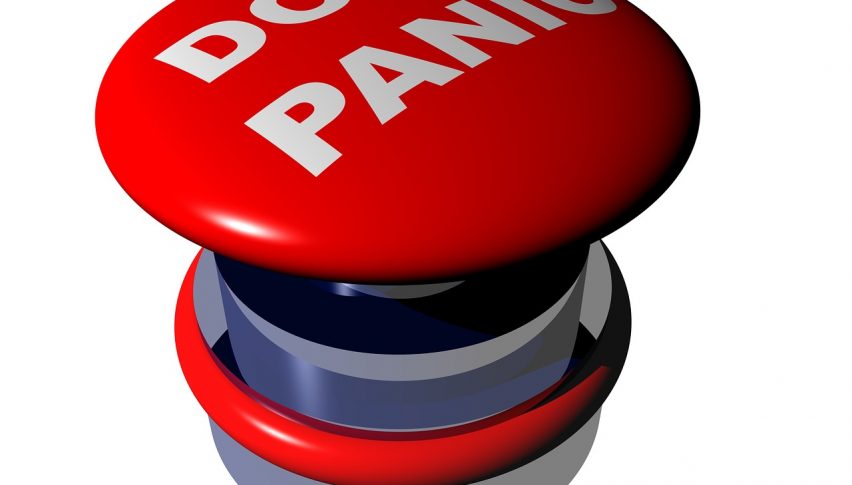 The panic is off for now ion financial markets

Yesterday we saw a bloodbath in financial markets. The spread of coronavirus in Europe turned the sentiment massively negative 1-2 weeks ago, as panic set in, considering that now the virus wasn’t a Chinese problem anymore. But, the panic yesterday came from the crude Oil market. Russia didn’t agree to join OPEC on a massive cut in Oil production, by 1.5 million barrels/day, which got Saudis upset. Now both countries are threatening each other with increasing production, which would reduce the price, so it’s a chicken fight, who backs down first. But, I don’t think Russia will back down, since they already refused to join, so Saudis will just have to accept that. Although, US shale producers might take the hit from this fight.

So, crude Oil opened with a massive gap lower yesterday, more than $10. That set the panic across all financial markets and safe havens rallied higher, while stock markets tumbled lower. They continue to slide lower today, after a failed attempt to reverse higher. But, overall, the sentiment is not as negative today. By the way, we saw a bounce in Italian industrial production for January, but I think that February and particularly march will be horrible for the industrial production and services. 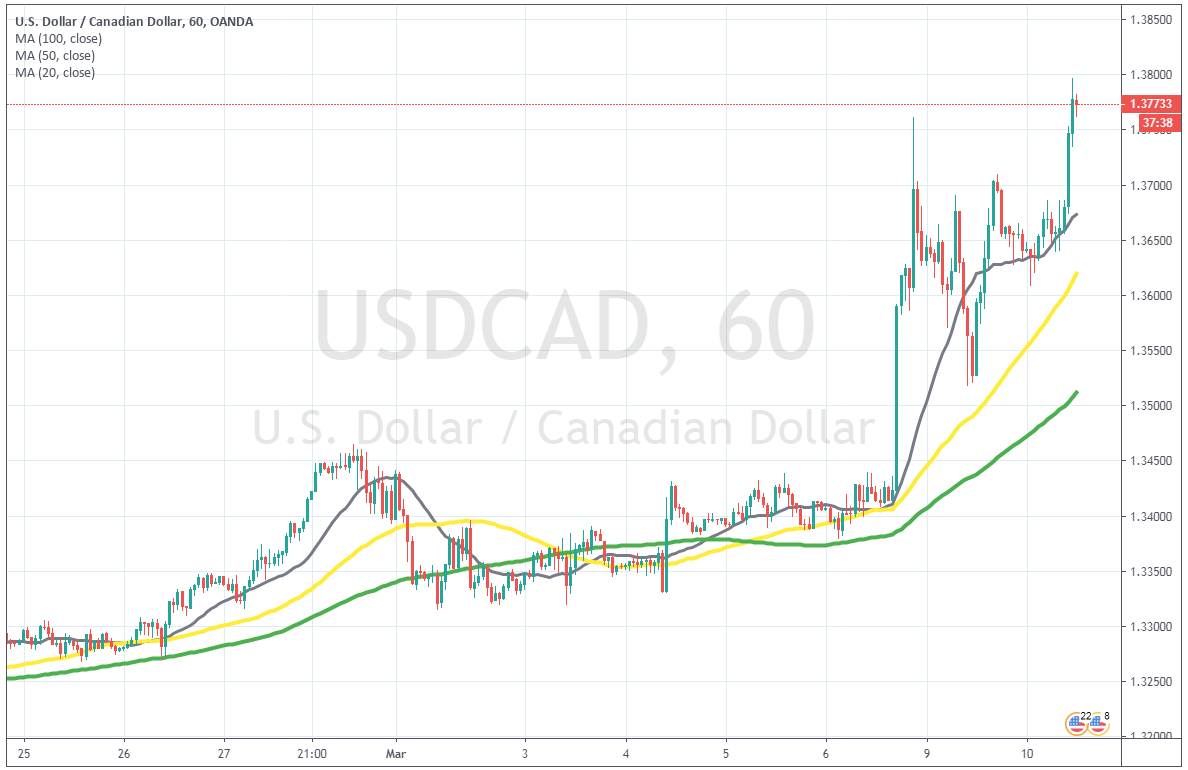 Buyers bought the retrace to the 20 SMA today

USD/CAD has turned really bullish lately. Forecasts about GDP growth for the Canadian economy have been revised down and the production war between Russia and Saudi Arabia is hurting crude Oil. The CAD is closely connected to Oil prices, so that has turned the CAD really bearish too, sending USD/CAD higher.

Yesterday crude Oil opened with a massive bearish gap more than $10 lower and USD/CAD surged around 350 pips. That comes at a time when the USD is also pretty weak, due to the prospects of the FED make a large 75 bps cut next week, cutting interest rates close to 0% in total in the coming months. Earlier today we saw retrace lower, but the retrace ended at the 20 SMA (grey). This shows that the buying pressure is strong. USD/CAD bounced off the 20 SMA and is around 150 pips higher, challenging 1.38 now. I think that the real target is 1.40 now, which won’t be too far if the fight between Russia and Saudi Arabia continues.

Today markets seem calmer after the panic of the crash in the Oil market yesterday. Although, the CAD continues to slide, despite crude Oil having steadied today. The weakness we have seen in the USD in recent days seems over now, but it might not last, as coronavirus spreads in the US as well.